Poll: 80% Trump Voters, 76% of Republicans Less Likely to Vote for Lawmaker Who Votes for Impeachment 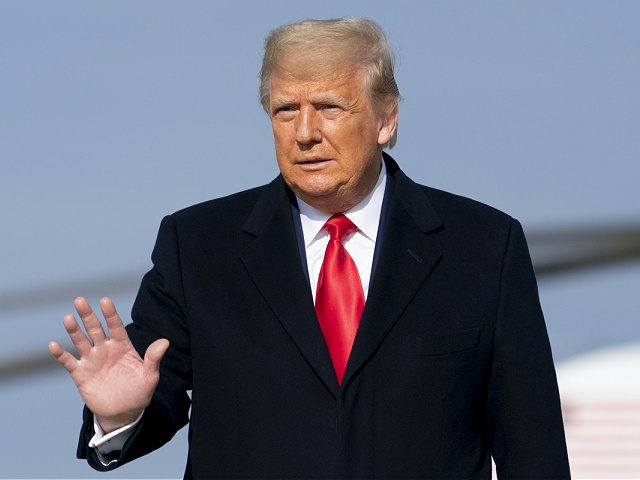 The vast majority of Trump supporters and Republicans in battleground states are less likely to vote for a member of Congress who votes in favor of impeaching President Donald Trump, a January 12 memo from the pollster John McLaughlin of McLaughlin & Associates found.

Speaking on the House floor on Wednesday, Rep. Jim McGovern (D-MA), chair of the House Rules Committee, told his colleagues that Trump effectively “organized” and “incited” the protests that occurred despite the fact that the commander-in-chief repeatedly called for peace and never once instructed or encouraged supporters to engage in lawless acts.

Overall, the survey showed that impeaching Trump in the final days of his presidency is widely unpopular. Nearly three-quarters of all voters “agree that efforts by Pelosi and the Democrats to try to impeach the President after [President-elect] Joe Biden is sworn in would be politically motivated to prevent the President from running again, stripping his Secret Service protection, and preventing him from having a Presidential Library,” per the memo.

A majority of voters, 65 percent, say Biden and House Speaker Nancy Pelosi (D-CA) are “making this worse and keeping the country divided” by continuing to attack Trump.