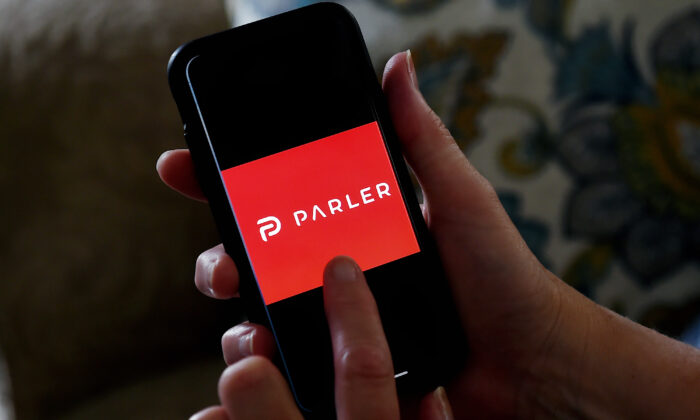 John Matze, the CEO of social media site Parler, said the platform will return but with changes, as the company appears to have switched its domain registrar to Epik.

Parler was de-platformed by Google’s Play Store, Apple’s App Store, and Amazon Web Services (AWS) after a group stormed the U.S. Capitol on Jan. 6 during the joint session of Congress.

“We’re going to be doing things a bit differently. The platform will be free speech first, and we will abide by and we will be promoting free speech, but we will be taking more algorithmic approaches to content but doing it to respect people’s privacy, too. We want people to have privacy and free speech, so we don’t want to track people. We don’t want to use their history and things of that nature to predict possible violations, but we will be having algorithms look at all the content … to try and predict whether it’s a terms-of-service violation so we can adjust quicker and the most egregious things can get taken down,” Matze told the news outlet.

He added, “So calls for violence, incitements, things of that nature, can be taken down immediately.”

Apple CEO Tim Cook told “CBS This Morning” in an interview aired Wednesday that Parler “has some issues with moderation.”

“There are some incitement of violence examples on there,” he said. “They need to step it up on moderation, and our hope is that they get back on the store.”

Epik Senior Vice President for Communications Robert Davis, in a statement Monday, said: “We have had no contact or discussions with Parler in any form regarding our organization becoming their registrar or hosting provider.”

Davis, however, noted that the apparent collective move to take down the website is a “decisive moment in history,” and it shows “media owners utilizing the most extreme examples possible to characterize events for the purposes of shaping narratives and public perception.”

Meanwhile, Parler on Monday filed a lawsuit against Amazon Web Services after the company suspended its services with Parler. Parler said the company engaged in monopolistic practices, while noting that AWS also hosts Twitter. In the suit, the company noted that Twitter had the trending hashtag “Hang Mike Pence” up on its website for several hours, and no action was taken against them.