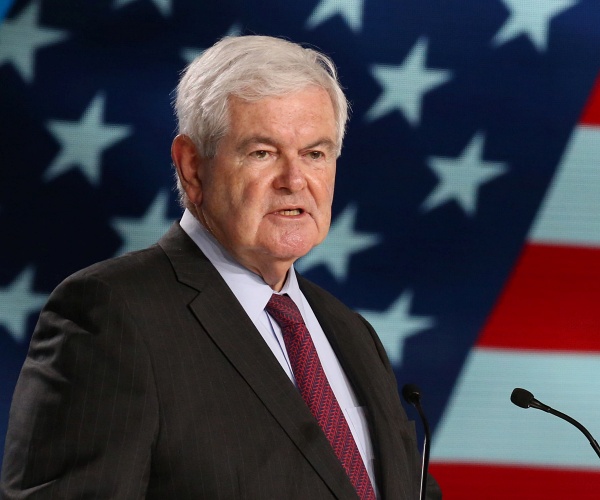 It is an “enormous danger” for Democrats, led by House Speaker Nancy Pelosi, to push to impeach President Donald Trump in hopes of preventing him from running again for the presidency in 2024, ex-House Speaker Newt Gingrich said Wednesday.

“What I object to is the idea that the U.S. Congress, whether Democrat or Republican, is going to dictate to the American people who they’re allowed to vote for,” Gingrich said on Fox Business’ “Mornings With Maria.” “This idea that this is somehow going to make it illegal for Trump to run, that says they think he’s popular that he could win.”

Gingrich said he thinks the plan will “blow up on them.”

“By right do they think they have the ability to shut up somebody who has 74 million votes?” he added.

He noted that the Democrats have “always hated Trump” and now that he is “wounded” after last week’s violence at the Capitol, they are taking their chance at forcing him out.

His comments come as the House prepares to vote on a single article of impeachment against Trump that accuses him of inciting hoards of supporters to stage the attack at the Capitol while Congress was convened to confirm the Electoral College vote for President-elect Joe Biden.

Gingrich said the vote to impeach the president will likely pass, but he does not see how the measure can reach a full trial in the Senate before Biden is sworn in on Jan. 20.

“The founding fathers were deeply opposed to pursuing private citizens once they left office,” said Gingrich. ‘They saw what happened in Great Britain and knew it leads to tyranny and opposed going after somebody after they left office.”

Gingrich also commented that Rep. Liz Cheney, R-Wyo., who has said she’ll vote to impeach Trump, must be careful to say she’s only speaking as a lawmaker, not as chair of the House Republican Conference.

Further, he criticized Pelosi’s decision to name Rep. Eric Swalwell, D-Calif., as an impeachment manager, after the controversy surrounding his connections with an alleged Chinese spy.