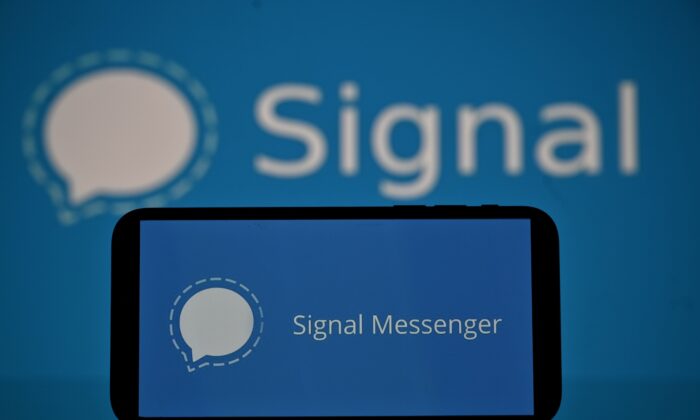 Private messaging application Signal hit the top of both Apple and Google app stores after being installed 1.3 million times on Monday.

The number of downloads was recorded by Apptopia, which tracks apps. The number was a new record for the app.

Signal utilizes end-to-end encryption to keep conversations secure, according to the website of the nonprofit Signal Foundation, the app’s developer. “We can’t read your messages or listen to your calls, and no one else can either. Privacy isn’t an optional mode—it’s just the way that Signal works. Every message, every call, every time,” it says.

Another messaging app, Telegram, shot to number two in both major app stores.

“These types of shifts in messaging and social networking apps are not unusual,” Amir Ghodrati, director of market insights at App Annie, which analyzes apps, told news outlets in a statement. “Due to the nature of social apps and how the primary functionality involves communicating with others, their growth can often move quite quickly, based on current events.”

Users are now spending more time using messaging apps than social media ones, he added. Signal, according to App Annie, rose 926 slots to hit number one overall in iPhone downloads on Jan. 10 versus the week prior, followed by Telegram, which rose 307 positions.

WhatsApp later published a web page saying the update “does not affect the privacy of your messages with friends or family in any way.” Instead, the update is focused on enabling businesses to use hosting services from Facebook to manage WhatsApp chats.

Brian Acton, who used to work for WhatsApp, co-founded the Signal Foundation in 2018.

“In case you missed it, Brian left WhatsApp and Facebook last year, and has been thinking about how to best focus his future time and energy on building nonprofit technology for public good,” a blog post announcing the creation of the foundation stated.

“As more and more of our lives happen online, data protection and privacy are critical. This isn’t just important for select people in select countries. It’s important for people from all walks of life in every part of the world. Everyone deserves to be protected. We created the Signal Foundation in response to this global need. Our plan is to pioneer a new model of technology nonprofit focused on privacy and data protection for everyone, everywhere,” Acton added.