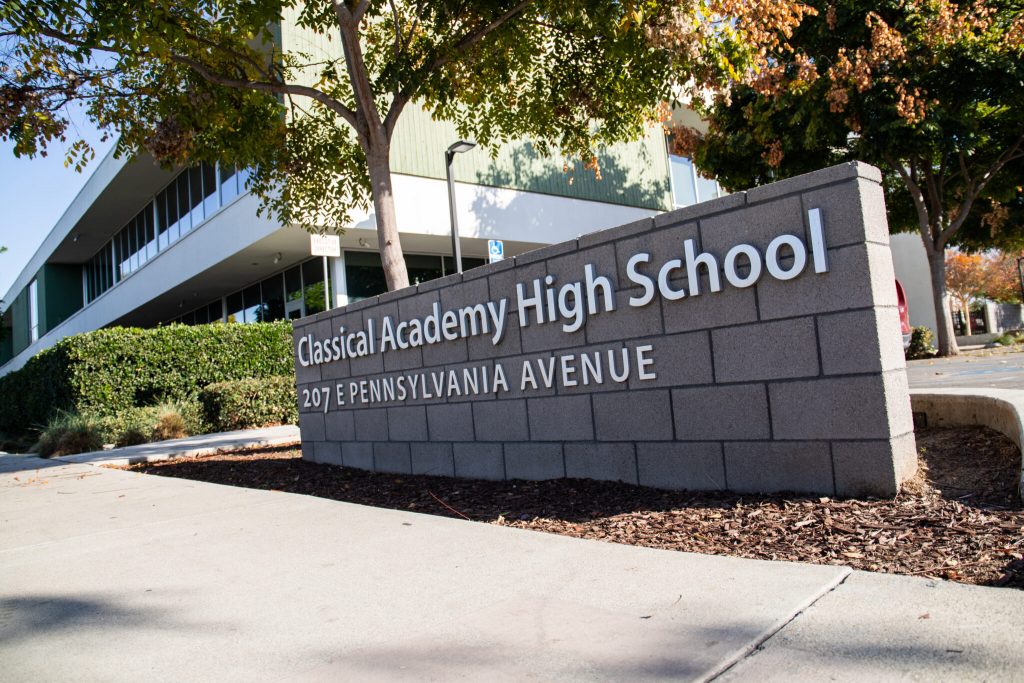 Teachers at schools across California and beyond have been pushing back against districts’ plans to reopen for in-person instruction. In North County, both teacher resistance and staff shortages have thrown major wrenches in efforts to reopen schools from Vista to Encinitas to Escondido.

As Kayla Jimenez reports in a new story, even a charter school system in North County, where teachers are not protected by a teachers union, quickly walked back plans to reopen next month after issuing an ultimatum to teachers that they should either return to work or sever ties with the school.

Classical Academies CEO Cameron Curry called teachers’ interpretation of his message as an ultimatum a “misunderstanding” and said teachers would not be fired or removed for choosing not to return to the classroom.

In his initial video message to teachers, obtained by VOSD, he said “If you’re one of those employees who does not feel safe, who has a health condition, who really has a fear or anxiety, you do need to talk with HR because you are ultimately responsible for the destiny of your life – thing things you want to do, the things you want to pursue, the career you want to have, what you want to eat for dinner each night. …  You can either be with us or you can choose to work with HR and leave the organization.”

The school no longer plans to fully reopen this month but plans to bring back larger groups of students beginning Feb. 1. School leaders said they plan to keep an eye on coronavirus case loads in the county and revisit their outlook on when’s best to return to school on a weekly basis.

As the regional Chamber of Commerce’s lead on binational issues over the last several years, Paola Avila did the difficult work of advocating for complex infrastructure and policy issues at a time when the president was vilifying immigrants and promising Mexico would pay for a wall.

Now, Aviles will be continuing to work on strengthening San Diego’s ties with Tijuana and focusing on cross-border issues as part of her new gig as Mayor Todd Gloria’s chief of staff. In this week’s Border Report, Aviles spoke with Maya Srikrishnan about how she thinks her background working on binational issues will shape her tenure in the mayor’s office, and what she sees as the top binational issues facing the city going forward – the region’s response to the coronavirus and cross-border sewage spills top the list.

Aviles also said she saw a silver lining in President Donald Trump’s constant focus on walls and division: “What I will say is this administration helped – more than ever – unify the border region as everybody coalesced together to defend and promote the U.S.-Mexico relationship and border regions as an opportunity versus a threat.”

One GOP Lawmaker Doubles Down, One Walks Comments Back

Assemblyman Randy Voepel on Monday seemingly walked back highly inflammatory comments he made to the Union-Tribune over the weekend, in which he likened the Capitol riot last week to “Lexington and Concord. First shots fired against tyranny. Tyranny will follow in the aftermath of the Biden swear in on January 20th.”

In a statement he posted on Twitter Monday, Voepel wrote that he does not “condone or support the violence and lawlessness that took place … The loss of life, theft of government property, and blatant disregard for law and order is reprehensible and unnecessary.” He declined, however, to say there should be a peaceful transition of power to President-elect Joe Biden,

Rep. Darrell Issa, meanwhile, accused Democrats of “overplaying” the deaths of those in the Capitol Hill insurrection. Many news outlets noted that Issa led a long, aggressive effort to investigate an attack on a diplomatic compound in Benghazi, Libya, that killed four.

The Morning Report was written by Sara Libby, and edited by Scott Lewis.