CDC: Nevada has one of lowest COVID-19 vaccination rates 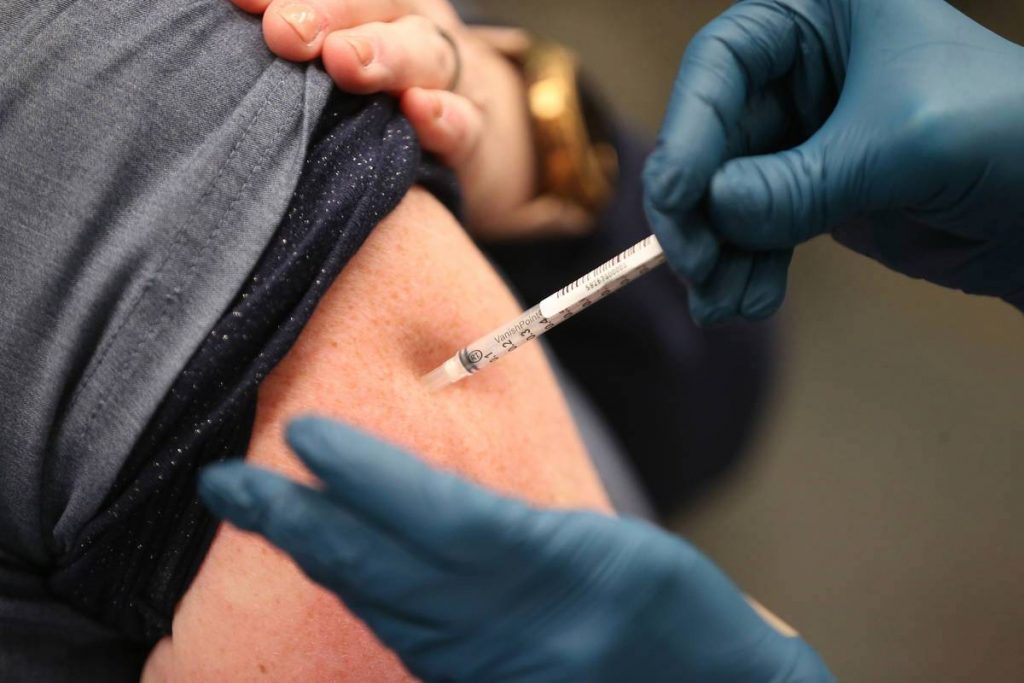 Nevada has one of the worst COVID-19 vaccination rates per capita in the U.S., according to federal data released Friday.

About 1,450 of every 100,000 Nevadans have received their first vaccine dose, the Centers for Disease Control and Prevention reported. The state ranked 44th, landing alongside neighboring California, Arizona and Idaho.

Candice McDaniel, who leads Nevada government’s vaccination efforts, said that the data does not truly reflect the state’s most current vaccination numbers, which take time to be catalogued and then reported to the CDC.

“I personally hold that we probably have additional vaccine administered into arms,” she said.

McDaniel said at least 45,435 first doses had been administered as of Thursday, about 800 more than reported by the CDC. The state has also administered at least 4,301 second doses, which the CDC did not track.

Nevada has received 170,400 doses of vaccine as of Friday, state officials said, about 17,000 less than the total CDC had reported shipping here. That means about 27 percent of doses the state has received have been reported administered.

Vaccines are being administered by a collection of public health agencies, hospitals and pharmacies.

This creates a lag in reporting total vaccination numbers to the state, and McDaniel said the total statewide is higher than the number she provided Friday. The state has been promising a new vaccine dose dashboard, similar to its COVID-19 data dashboard, but it has yet to be launched.

Despite that, there are well more than 100,000 doses in Nevada waiting to be administered, McDaniel said. She added that the state’s distribution of the vaccine to Tier 1 recipients – including health care workers, first responders and nursing home residents – had “progressed smoothly.”

Nevada’s biggest problem in distributing the vaccine has been inconsistent shipments from the federal government, McDaniel said.

State officials are not given insight into how many doses to expect beyond one week, and the doses do not always arrive on the same day each week, she said.

As a result, McDaniel said she could not predict when people age 75 and older will have access to the COVID-19 vaccine statewide.

“We are going to be asking for more predictability from the federal government,” she said. “We know that if we can get to a place where our allocation numbers are set a month or even two weeks in advance, we can start to create a more stable and predictable time line for Nevadans.”

Still, Gov. Steve Sisolak has ordered a team of state agencies to convene next week to come up with improvements to the distribution of the vaccine, Nevada COVID-19 response director Caleb Cage said. Those agencies include the state’s immunization team, Division of Emergency Management and Nevada National Guard.

“The governor is committed to using every resource available to work through any challenges,” Cage said.

Cage added that state officials were in contact with President-elect Joe Biden’s transition team about their planned changes to the federal government’s vaccine distribution.

McDaniel said she and Sisolak plan to address the public next week about changes coming to Nevada’s vaccine distribution playbook.

The Southern Nevada Health District announced Wednesday it had administered some 21,000 doses, roughly one-third of what it had received from the state. The agency is preparing to start a “mass vaccination campaign beyond the hospital setting,” acting chief health officer Dr. Fermin Leguen said.