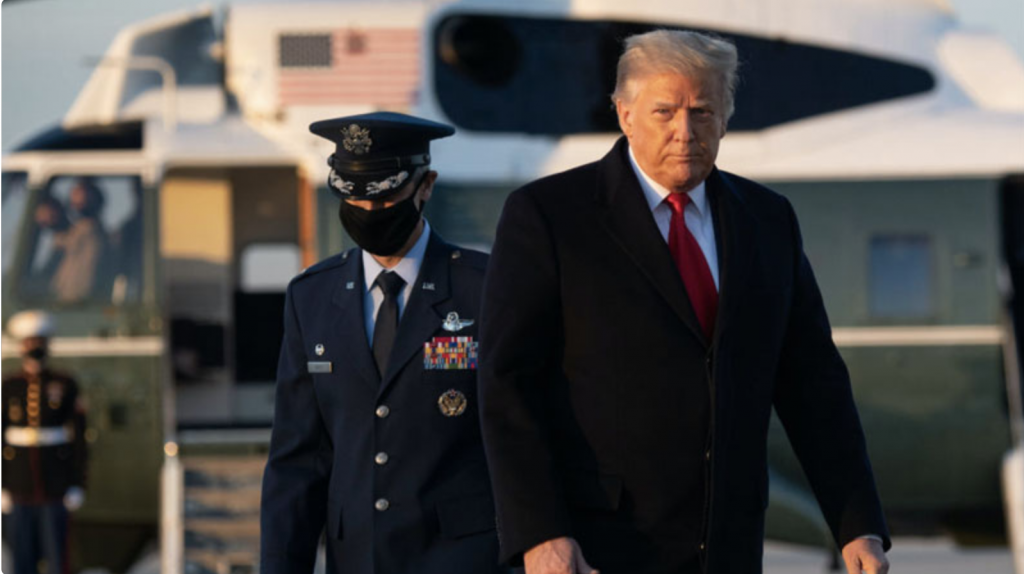 The basic questions about exactly what caused the major voting irregularities in the six battleground states on Election Day have been answered, according to a government watchdog nonprofit and a former CIA officer.

Not only that, but President Trump has been personally briefed on the smoking-gun proof, according to Maria Zack, chairman of Nations in Action, a government watchdog nonprofit.

In a phone call with volunteers and contributors on Tuesday, Nations in Action chairman Maria Zack explained how she came upon irrefutable proof that the 2020 election fraud originated in Italy, involving a veteran foreign services officer and Italian defense contractor Leonardo.

“The theft of the election was orchestrated in the Rome embassy…by an employee Stephan Serafini, a foreign service officer of over 20 years,” Zack said.

12/ AUDIO: The theft of the election was orchestrated by Stephan Serafini, a 20-year foreign service officer. Stephan coordinated with General Claudio Graziano, a board member of Leonardo. Italian intelligence provided us with documents, calls, & photos of CIA agents involved. pic.twitter.com/r0n23FTjQV

“Stephan Serafini coordinated with a General Claudio Graziano, and Gen. Graziano is on the board of Leonardo SpA, the defense contractor. Leonardo used their military satellite uplink to load the software and transfer it over to change the votes from Trump to Biden.”

“The proof that was missing, the very basic ‘who did it, where did they do it, and how did they do it’, had been missing from all the documents sent into the courts. There was nothing that was helping us win in the courts,” she added.

This unprecedented foreign cyberattack was funded by none other than former U.S. President Barack Obama, Zack said.

“They thought they were very shrewd in how they did it. They had a really brilliant plan that was orchestrated by Barack Obama with the help of Renzi, the former prime minister of Italy,” she said.

Zack claims she obtained a sworn affidavit from a whistleblower within Leonardo, the 8th largest defense contractor, outlining how the election crime of the century was committed, and passed it along to President Trump and his lawyers on Christmas Eve at Mar-a-Lago.

“And I informed him that he is getting the best Christmas present he could ever ask for, the affidavits of the people who did it, and their confession and assistance in letting everybody know what happened,” she said.

“I said ‘Merry Christmas sir, we’re about to give you the best Christmas present ever, you’re going to have the evidence you need from the Italian whistleblower who actually committed the crime of uploading the software.’”

She implored the pro-Trump movement to rally around this information because even though the perpetrators “lost and don’t know it yet,” they’re desperate and hope to silence the whistleblowers.

“We need the grassroots support like never before and the reason is, aside from the fact that we’ve just awakened the sleeping giant in people who thought that they escaped with the greatest theft in the history of the world, they actually have lost and they don’t know it yet,” Zack said.

Zack then explained that when the proof comes out, the states must act swiftly and punish harshly those who tried to interfere in our election.

“States must prosecute all illegal voting activities and provide immediate legislative remedies. There can only be zero tolerance for criminal interference in American elections. This international conspiracy must be met with swift action by the President and be fully supported by elected officials for the protection of voting integrity and the prosperity of our great nation.”

“I think we’re finally tracking this down as to where the actual problems took place. All this broke in Italy,” Johnson said.

“The way it’s shaping up now, that the U.S. elections were changed, the results were changed in 5 or 6 key states, all those voting machines were hooked up to the internet. The internet was then used to download the information to those famous servers in Germany.”

If these claims are true, Biden will never set foot in the White House again, and the world will soon learn the truth about the biggest theft in American history.