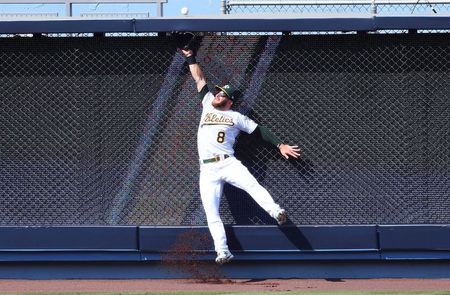 The Detroit Tigers announced Tuesday that they have reached a two-year deal with outfielder Robbie Grossman.

Financial terms weren’t announced by the Tigers, but multiple reports pegged it as worth $10 million.

“I’ve been fortunate to play for some great franchises during my career, and I couldn’t be happier to add the Tigers to that list,” Grossman said. “I’ve been in Detroit a number of times as a visiting player, and know how passionate the city and its fans are for Tigers baseball. I’m very excited to get to work with my coaches and teammates, and help bring winning baseball back to the Motor City.”

The deal is the largest by a free-agent outfielder so far this offseason.