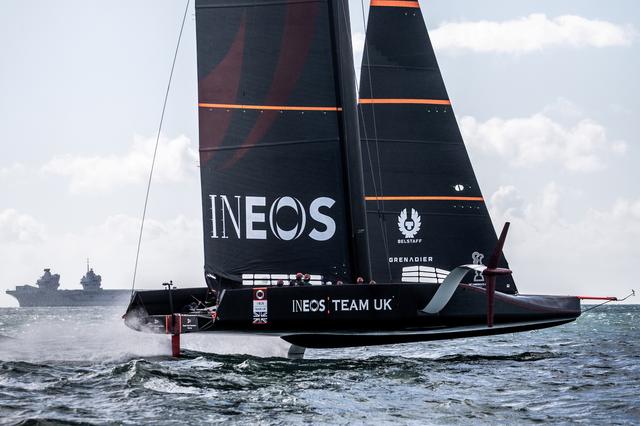 ‘Britannia’ was woefully off the pace on Thursday’s opening day of competitive racing for the AC75 foiling monohulls in Auckland and were forced to abandon their second race when one of their foil cant arms locked in place.

On Friday, INEOS were far more competitive, leaving the America’s Cup holders well behind at the start of the second race before TNZ’s superior boat speed chased them down to win by one minute, 42 seconds.

“Nice work guys,” Ainslie told his crew after they crossed the line to end Friday’s racing. “I know we didn’t get the results but we sailed a pretty clean race today.”

Ainslie had blamed TNZ for their problems on Thursday as the defenders had designed the cant arm component for all of the teams in an effort to reduce costs.

TNZ fired back before racing on Friday and said there were no problems with the arms, which raise and lower the foils.

American Magic, the only unbeaten team on Thursday, almost capsized in their first race against Luna Rossa.

The Italians also had issues prior to the start of their second race against the Americans and were penalised twice, with American Magic’s Dean Barker covering every move made by Jimmy Spithill to win by 30 seconds and split the races.

Both American Magic and TNZ have won three of their four races.

This week’s regatta is the only racing the teams do before the challenger series runs from Jan. 15-Feb. 22 with the winners meeting TNZ for the America’s Cup from March 6.