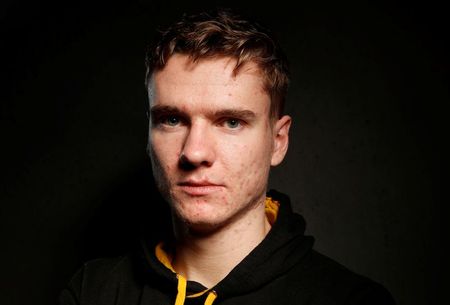 The Dutch 20-year-old, who was also once a Renault Academy driver before switching to the world of virtual racing, beat Red Bull’s Danish gamer Frede Rasmussen by 22 points to take the title.

Red Bull won the team championship for the second year in a row, however, with Alfa Romeo runners-up and Renault — Opmeer’s team last year — third.

Ferrari’s David Tonizza won the individual title last year but had already been ruled out of the running last month.

“Last year I felt like I had some very weak tracks,” Opmeer told Reuters after a championship held with drivers racing remotely due to the COVID-19 pandemic.

“I think last year around Brazil I qualified 17th, Baku I qualified 13th, so I really worked on those tracks in the off-season…I think that’s why I could win the championship, I was very consistent over all tracks.

The fourth official Formula One Esports Series, using the official F1 2020 Codemasters video game and shown on F1’s social channels and selected broadcasters, had a record prize fund of $750,000.

For the first part of the year, with the real F1 championship stalled by the pandemic, esports was in the spotlight as Formula One’s regular racers took to the virtual world.

Opmeer said he had been a bit more nervous competing in isolation, compared to 2019 when the finalists gathered together in one arena, because he was used to having people around to talk to in real racing.

Opmeer has beaten both Norris and Red Bull’s Max Verstappen online, and competed with AlphaTauri’s Pierre Gasly as a team mate, but has no plans to take his virtual success back onto the real racetrack.

He said he intended to speak to Alfa Romeo about some simulator involvement, however.

“This is my full time job, not to mention that for Formula Three or Formula Two you need a one and a half million euro sponsor budget and as I just have normal working parents, it’s just simply impossible,” he said

“I don’t think there’s any plan for me to go back to real racing. Maybe if I get a job in GT racing or something but in the coming years the focus is definitely 100% on esports.”