Porsche to return to endurance racing in 2023 with new prototype 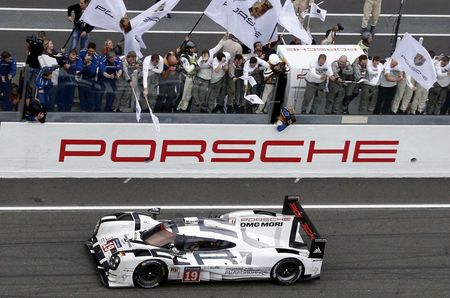 (Reuters) – Former endurance racing champions Porsche are set to make a comeback in the FIA World Endurance Championship (WEC) and the North American IMSA SportsCar Championship in 2023, the German marque has announced.

Porsche said they will enter the Hypercar category with an LMDh (Le Mans Daytona hybrid) prototype entry, with an eye on competing at the 24 Hours of Le Mans, 1,000 Miles of Sebring and the Daytona 24 Hours.

“The new LMDh category allows us to fight for overall victories with a hybrid system at the Le Mans, Daytona and Sebring classics – without breaking the bank,” Porsche CEO Oliver Blume said.

“The project is extremely attractive for Porsche. Endurance racing is part of our brand’s DNA.”

Porsche, the most successful manufacturer to win at Le Mans, won the WEC crown three years in a row before leaving the championship at the end of the 2017 season.

Porsche Motorsport vice president Fritz Enzinger said they hope to pick up where they left off when they return to endurance racing.

“We hold a record with our 19 outright wins at the 24 Hours of Le Mans and we’ve climbed to the top podium step many times at major races in the USA,” Enzinger said.

“We can continue this tradition with an LMDh vehicle while at the same time keeping costs reasonable.”

The news comes after Audi announced earlier this month that it was withdrawing from the all-electric Formula E series as a works team in 2021 to focus on the Dakar Rally and endurance racing, including an eventual return to Le Mans.

(Reporting by Rohith Nair in Bengaluru; Editing by Christian Radnedge)