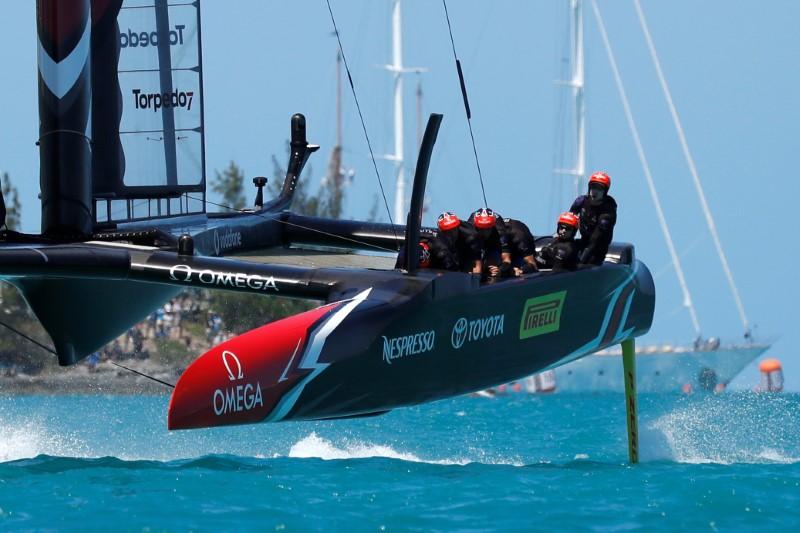 WELLINGTON (Reuters) – Years of planning and design work for the four teams hoping to get their hands on this year’s America’s Cup will come to fruition on Thursday when the superfast AC75 foiling monohulls get to “race in anger” for the first time.

Defenders Team New Zealand, the 2017 champions, and the three challengers from Britain, the United States and Italy are scheduled to begin three days of racing in the America’s Cup World Series before a ‘Christmas Cup’ regatta on Dec. 20.

They teams spent the last week simulating starts and sailing individual legs in practice sessions to allow officials to test their systems ahead of this week’s regatta.

Team New Zealand boss Grant Dalton expects Thursday’s racing to be full-blooded contests despite speculation teams may decide to keep their cards close to their chest.

“There has been some talk about sandbagging and whether teams will bring their ‘A’ game,” Dalton told TVNZ on Tuesday.

Organisers had to cancel two earlier America’s Cup World Series events in Britain and Italy because of the COVID-19 pandemic and Dalton said this was another reason why the teams would be as competitive as possible.

“You have to bring that ‘A’ game to see where you’re at,” he said. “But we still aren’t at full speed. We still have a way to go. We still have weaponry to bring on stream.”

This week’s regatta will be the only chance for TNZ to measure themselves against the other syndicates.

The challenger series runs from Jan. 15-Feb. 22 with the winner then meeting the defenders for the America’s Cup from March 6.

“It is the only opportunity we get to race in anger,” Dalton said. “The next time we see them is the America’s Cup.”

There are still lingering concerns about INEOS Team UK’s yacht ‘Britannia’, however.

The team cancelled all of their practice sessions last week after they damaged their mast and appeared off the pace on Tuesday while practising against American Magic’s Patriot.