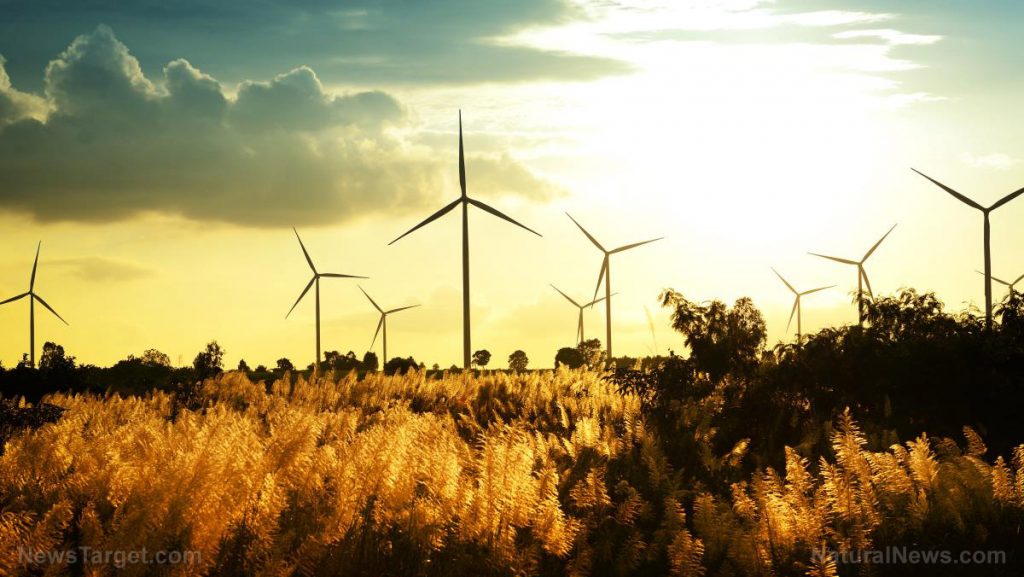 (Natural News) A strategic plot of land in Texas that is greater in size than the entire city of Tulsa, Okla., is owned by a billionaire Chinese “carpetbagger” with strong ties to the communist Chinese regime.

Sun Guangxin’s 130,000-acre parcel is actually a wind farm, and it is located just a stone’s throw away from the Air Force’s largest pilot training base.

Sun’s Guanghui Energy Co. purchased the wind farm back in 2018 and is now attempting to build some 130 wind turbines on it. These will sit right next to Laughlin Air Force Base, as well as just a few dozen miles from the U.S. – Mexico border.

“About 95 percent of land in Texas is privately owned,” explains Emel Akan, writing for The Epoch Times.

Sun is a former Chinese military officer who when he left the army back in 1989 had “no money but was bursting with ambition.” Today, he is considered to be the richest person in the western Xinjiang region of China, having acquired a $1.9 billion net worth.

Sun is considered a “controversial figure,” however, as land he scooped up at bargain prices throughout Xinjiang is now being used to house Uyghur Muslims and other political prisoners in concentration camps.

Recognizing that there are minimal regulations in Texas as far as foreign property ownership is concerned, Sun is busy acquiring land there, too.

“Ever since the Texas legislature put in place a 1999 mandate calling on the state’s utilities to get more power from renewable sources, it’s been hard to stop these ventures from going forward,” reads an article published by Foreign Policy, which adds that in Texas there is “a high bar for authorities to step in and stop development on wind farms.”

Is “wind farm” just a cover for communist China seizing control over a strategic plot of Texas land?

Reading between the lines, it would appear as though foreigners such as Sun can legally purchase land in Texas, claim it as a “wind farm,” and use it for whatever purpose they choose.

If this is the case, then communist China has gained yet another powerful inroad into our nation via Sun’s “wind farm,” which may actually have nothing to do with generating wind power.

What actually appears to be happening is that communist China is exploiting the stupid laws in Texas to buy up land there, and likely elsewhere, to be used for nefarious purposes.

“This ranch land also sits on the U.S. border with Mexico and boasts a 30,000 sq. ft. lodge and a private runway which helps the Chinese owners ferry people and cargo in and out of the border region with limited to no oversight by U.S. authorities.”

In other words, our nation’s anything-goes “multiculturalist” policies – and especially those in Texas that make it ridiculously easy for foreign actors to gain strategic inroads into our country – are quite clearly backfiring and putting our people at risk of a foreign takeover.

“Greed and corruption are the root of all,” wrote one commenter at The Epoch Times, tracing the source of why situations like this are allowed to happen.

“Having millions of dollars is just pocket change, as most of them are billionaires, and all around the world they are racing to be the first trillionaire. They will do anything to get there.”

To keep up with the latest news about communist China’s efforts to conquer America through land acquisitions, check out Tyranny.news.

Sources for this article include: