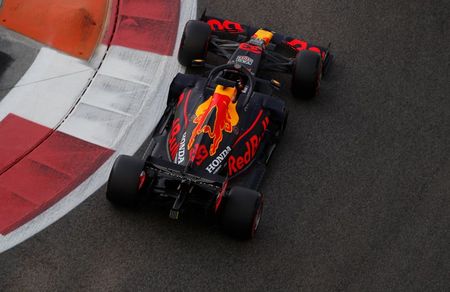 (Reuters) – Max Verstappen denied Mercedes a final front-row lockout of the season by snatching pole position in the dying seconds of Saturday’s qualifying for the year-ending Abu Dhabi Grand Prix.

World champion Lewis Hamilton, back in the car after his COVID-19-enforced absence at last week’s Sakhir Grand Prix, was third but only 0.086 seconds off the pace.

“I said before I went into qualifying, it’s going to be the final send of the season and we did that,” said Verstappen after taking his third career pole and first this season.

“The whole year when you’re behind getting closer, it’s getting sometimes a bit frustrating.”

Verstappen’s dazzling display under the floodlights means it will be only the second time in 17 races this season that Mercedes haven’t started from the front.

It was also the first non-Mercedes pole position of the season with Lance Stroll’s qualifying-topping effort in Turkey set in his Mercedes-powered Racing Point, and only the fourth time this season that Hamilton and Bottas haven’t locked out the front row.

“The main issue was we couldn’t really get the soft tyres to work properly as it should,” said the 31-year-old Bottas. “The balance was not quite perfect.”

Hamilton, who has taken 10 of Mercedes’ 15 poles this season, said he still wasn’t back to full fitness after only just having recovered from COVID-19.

“It’s definitely been a difficult weekend,” said the 35-year-old Briton.

“It just felt like you’ve lost that momentum and really struggled so far with the balance this weekend.”

But Mercedes were expected to strike back come the qualifying hour.

Hamilton led Bottas in the first two parts of qualifying, with the pair looking like favourites for a front-row lockout.

Verstappen, however, showed his speed as the final shootout got underway, splitting his Mercedes rivals after his first run, before posting the lap that deposed Bottas and Hamilton from the top of the timesheets.

Lando Norris was an impressive fourth for McLaren, winning the team mate qualifying battle at McLaren against Ferrari-bound Spaniard Carlos Sainz who was sixth.

Charles Leclerc was ninth for Ferrari but the Monegasque will drop three places on the grid due to a penalty for causing a collision at the last race in Sakhir.

Sebastian Vettel was knocked out in the second phase of his final qualifying session for Ferrari. The German, moving to Racing Point which is rebranding to Aston Martin next year, was 13th.

Sergio Perez, making way for Vettel at the Silverstone-based team, will start at the back of the grid. The Mexican, who became F1’s newest winner last weekend in Sakhir, is carrying engine-related penalties and did only a warm-up lap in the second phase of qualifying.

(Reporting by Abhishek Takle in Mumbai; editing by Ed Osmond) 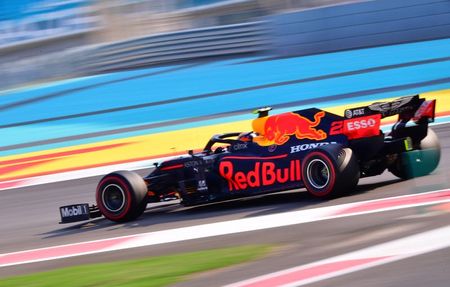