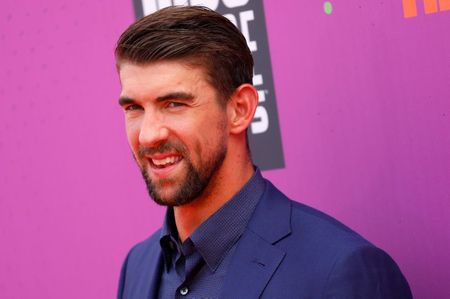 (Reuters) – Michael Phelps said the disruption caused by the COVID-19 pandemic means it is unlikely any swimming world records will fall when the postponed Olympic Games are held in Tokyo next year.

American Phelps, 35, won a record 23 gold medals over four Olympic Games and is widely considered to be the greatest swimmer of all time.

Phelps believes most swimmers are putting in the necessary work but that they are at a big disadvantage given limitations on training and the one-year delay to the Games.

“There are kids out there who are controlling everything that they can control. They are swimming like they should be, they are lifting,” said Phelps, who set 39 world records during his career.

“But honestly, I think pushing it back by a year throws a bigger loop into it than everybody thinks.

“The best of the best will fight back and you’re going to see some fast swims. But world records? I don’t think so.

“With all these pools being shut down, somebody would have to be damn near perfect for the rest of the preparation to have that chance.”

Phelps, a longtime champion of mental health issues who has partnered with toothpaste brand Colgate to highlight young people making a positive impact in the world, said the emotional challenges of competing will be daunting.

“The mental approach is going to be disrupted so much. Some people might not be able to get over that,” he said.

Phelps, who has in the past been critical of the United States Olympic Committee, said the organization was doing more to help athletes suffering with mental health problems but there was room for improvement.

“There are more opportunities nowadays for athletes to get the help they need, but there is still a way to go,” he said. “It’s good that we’re finally started.”

“Everyone is so adamant that our physical well being is perfect but our mental and physical health should be treated equally.

“But we’re definitely starting on the right path.”