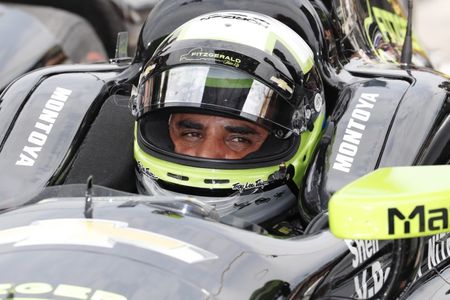 (Reuters) – Juan Pablo Montoya will join Arrow McLaren for next year’s Indianapolis 500, the team said on Wednesday, as the Colombian chases a third win at the Brickyard.

One of only three drivers to win races in Formula One, IndyCar and NASCAR, the 45-year-old Montoya becomes the third member of a team that also includes full-time drivers Mexican Patricio O’Ward and Swede Felix Rosenqvist.

“I’m very excited to be joining Arrow McLaren SP for the Indianapolis 500,” Montoya said in a statement. “I have some great history with McLaren from my F1 days and I’m looking forward to making some more at next year’s Indianapolis 500.”

The partnership is a reunion of sorts for Montoya who finished his F1 career with McLaren Mercedes with whom he claimed three of his seven career wins.

Montoya made his F1 debut with Williams in 2001 and won four times with that team, including the 2003 Monaco Grand Prix.

The Colombian won his first Indianapolis 500 as a rookie in 2000 and his second 15 years later.

After his return from F1, Montoya focused on NASCAR and competed for nine seasons, winning two races.

Montoya has recently raced in the IMSA SportsCar series, helping Team Penske to the 2019 championship.

“I’m delighted for Juan to rejoin the McLaren family and return to the Indianapolis 500 with Arrow McLaren SP,” said Zak Brown, CEO of McLaren Racing.

“He is an intensely competitive, highly versatile driver, with deep experience at the top level of motorsport and a big following.

“Having him with us at the 500 next year will be great for the team and IndyCar fans everywhere.”

Next year’s race is scheduled for May 30.

(Reporting by Steve Keating in Toronto, Editing by Ed Osmond)