Am I dreaming? Shocked Perez is an F1 winner at last 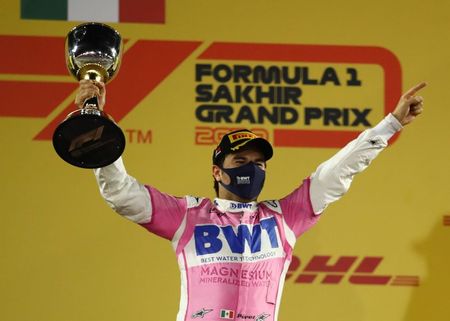 (Reuters) – Sergio Perez became the first Mexican Formula One race winner in 50 years on Sunday and he barely dared to believe it, demanding a pinch to prove it was not just a dream.

After 190 starts and in his penultimate race for Racing Point, with nothing decided for next season and a year out looming, the 30-year-old was in fantasyland under the floodlights at Bahrain’s desert Sakhir circuit.

“I’m shocked. I don’t want to be too excited because I dream of this time so many times that when I wake up it hurts,” he said after going from last on the opening lap to first at the finish.

“I have to make sure this is not a dream,” added the Mexican.

“I’ve been dreaming of this moment for 10 years.”

The last and only Mexican F1 race winner before Perez was the late Pedro Rodriguez, one of two brothers after whom the Mexico City circuit is named, in Belgium in 1970.

Perez has come close before, finishing second in Turkey only last month, but without ever reaching that top step.

He did it the hard way on Sunday, pitting after a first lap collision and fighting back from 18th and last in an astonishing victory that brought tears to his eyes.

Perez was helped by a rare Mercedes pitstop blunder, the champions mixing up the tyres for Valtteri Bottas and Lewis Hamilton’s stand-in George Russell who also suffered a late puncture.

“When I got hit into the first corner I thought not again, it cannot be us again,” he said of an incident that ended the race for Red Bull’s Max Verstappen and Ferrari’s Charles Leclerc.

“After the first lap, the race was gone. But it was all about not giving up, recovering, going for it, making the best we possibly could.

“The luck hasn’t been with us this year but we finally got it and I think we won today on merit.”

Perez said standing on the podium as a winner was “such a moment in my life, for my family, for myself. Being there at the top of the podium, listening to the Mexican anthem and looking at the flag on top.

“It’s something very special. As a Mexican it’s not easy to get into Formula One.”

(Reporting by Alan Baldwin in London, editing by Toby Davis) 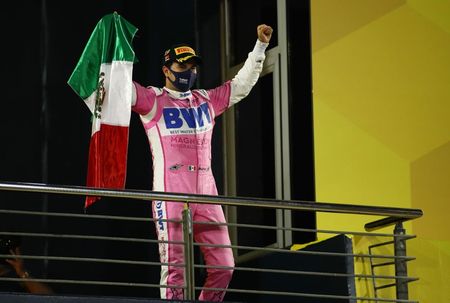 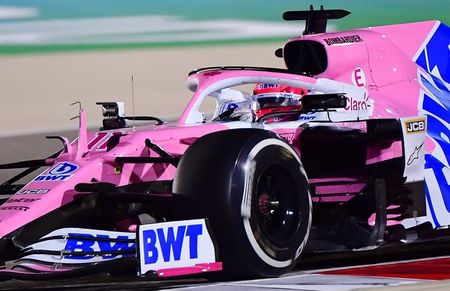