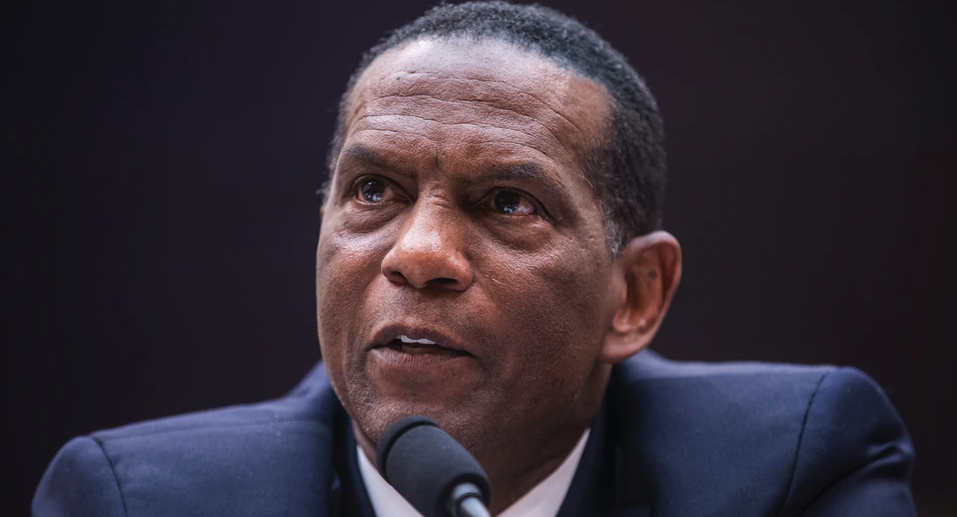 Move over, Squad. Make way for the Freedom Force.

“It’s interesting because we have a group of people who came in, we are very diverse and different races. We share in common the love for our country,” Owens said of his new freshmen colleagues.

“I have to thank the American people across the country. We flipped over 14 seats and we did not lose one,” Owens told guest host Lisa Boothe on Friday. “It was a message for the American people [that] we want to get back to basics and we love our nation. This group will be … giving a contrast to the hard left.”

Owens, 69, who played professionally for a decade, splitting his time between the New York Jets and the Oakland and Los Angeles (now Las Vegas) Raiders, said nearly a dozen new lawmakers who are either minorities or women will make up the new GOP coalition.

He said the group is geared toward forwarding commonsense conservative principles while opposing the radical agenda of The Squad — which includes progressive Democratic Reps. Alexandria Ocasio-Cortez, of New York City; Ayanna Pressley of Boston; Ilhan Omar of Minneapolis; and Rashida Tlaib of Detroit.

Boothe introduced some of the members of the Freedom Force, including Republican Reps.-elect Carlos Gimenez, Maria Elvira Salazar and Byron Donalds of Florida; Michelle Steel of California; Nicole Malliotakis of New York; Stephanie Bice of Oklahoma; and Victoria Spartz of Indiana.

Gimenez and Salazar flipped Democratic-held seats in the Miami area, while Donalds succeeded a retiring Republican in the Marco Island-Fort Myers corridor. Malliotakis flipped a Democratic seat in Staten Island to become the only Republican federal legislator in all of New York City.

Owens said he hopes the American people will gravitate toward the Freedom Force and away from The Squad.

“We have … a group of people who believe in God, country, and family; a respect for women and authority — and the other side that hates everything I mentioned,” he said.

“The American people drift towards light. They are going to love the messaging and policies we put in place. We are all about the middle class thriv[ing].”

Boothe later asked Owens why he thought President Trump and the GOP saw an uptick in support from minority groups across the country.