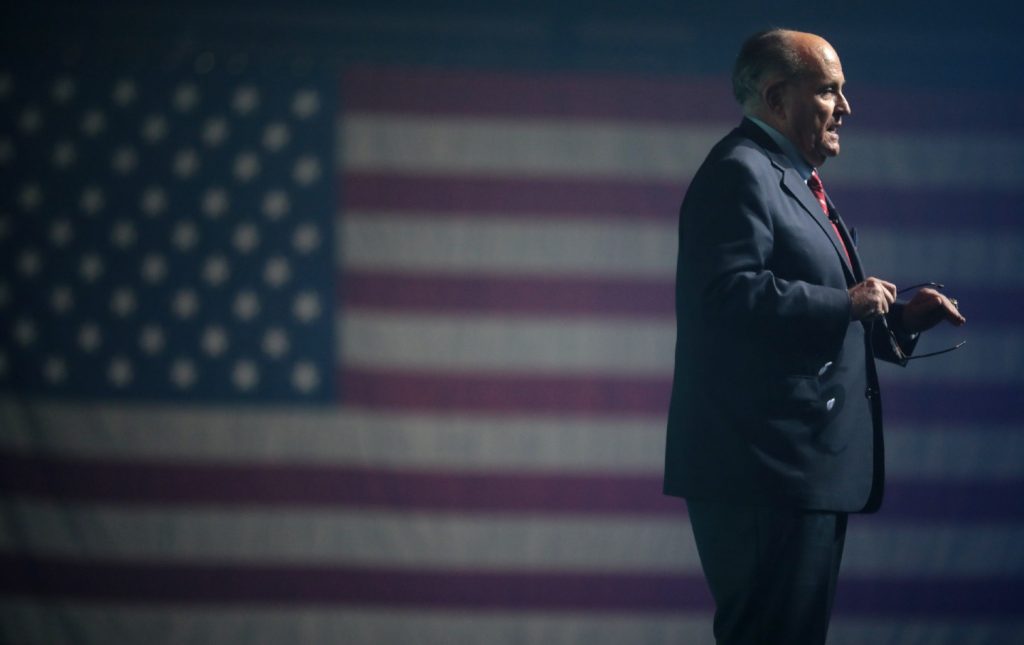 Rudy Giuliani says he and his associates contesting election results on behalf of President Donald Trump will be lobbying state legislatures in key states to assert their authority in determining the electors for the Electoral College in addition to their legal challenges because they ”don’t have a lot of time.”

”We’re doing both, with equal speed and enthusiasm and taking advantage of which one gives us the hearing the quickest. And which one will work fastest for us,” said Giuliani, the former mayor of New York City. ”Because we don’t have a lot of time. We’ve got a lot of evidence; we don’t have a lot of time. And we’re facing a major censorship, so it’s very hard to get this information out to the public.

”The public has only a small idea of the kind of evidence we have.”

Giuliani’s comments come on the day that a federal appeals court refused to hear the Trump campaign’s appeal of a lawsuit challenging the results of the presidential election in Pennsylvania rejected by Barack Obama-appointed district court Judge Matthew Brann.

The former mayor disputed the contention saying he had affidavits from election observers that were denied access to witness ballots being counted, of absentee ballots being ”cured” — that is, information such as a voter signature or missing secrecy envelope was allowed to be corrected, among other irregularities.

”The situation in Michigan was worse than the situation in Pennsylvania,” Giuliani said. ”The situation in Wisconsin was outrageous. I mean they have all these absentee ballots without applications. In Nevada, they used a machine that basically didn’t work and let every signature go through, even though it’s illegal to use a machine. I mean they cheated in all the places that were critical to them. And you know they did, because Trump was way ahead on the night of the election. It’s impossible that (Joe) Biden would have come back in every single one of those places. Impossible.”

Giuliani’s strategy appears to already have some traction in Pennsylvania, where state Sen. Doug Mastriano said half of the leadership in both houses of the General Assembly, both controlled by Republicans, support the efforts to reclaim their authority to appoint electors to the Electoral College.

”Saying, that the resolution saying we’re going to take our power back. We’re going to seat the electors. Now obviously we’re going to need the support of the leadership of the House and Senate. We’re getting there on that.”