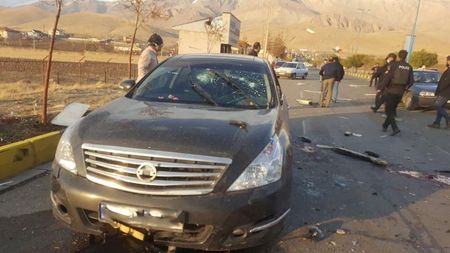 DUBAI (Reuters) – Iran’s supreme leader promised on Saturday to retaliate for the killing of the Islamic Republic’s top nuclear scientist, raising the threat of a new confrontation with the West and Israel in the remaining weeks of Donald Trump’s presidency.

Ayatollah Ali Khamenei pledged to continue the work of Mohsen Fakhrizadeh, who Western and Israeli governments believe was the architect of a secret Iranian nuclear weapons programme.

Friday’s killing, which Iran’s president was swift to blame on Israel, could complicate any efforts by President-elect Joe Biden to revive a detente with Tehran that was forged when he was in Barack Obama’s administration.

Trump pulled Washington out of the 2015 international nuclear pact agreed between Tehran and major powers.

Khamenei, who is Iran’s top authority and who says the country has never sought nuclear arms, said on Twitter that Iranian officials must take up the task of “pursuing this crime and punishing its perpetrators and those who commanded it”.

Fakhrizadeh, who had little public profile in Iran but who Israel named as a prime player in what it says is Iran’s nuclear weapons quest, was killed on Friday when he was ambushed near Tehran and his car sprayed with bullets. He was rushed to hospital where he died.

“Once again, the evil hands of Global Arrogance and the Zionist mercenaries were stained with the blood of an Iranian son,” he said, using terms officials employ to refer to Israel.

Israeli cabinet minister Tzachi Hanegbi, a confidant of Prime Minister Benjamin Netanyahu, said he did not know who carried out the killing. “I have no clue who did it. It’s not that my lips are sealed because I’m being responsible, I simply really have no clue,” he told N12’s Meet the Press.

Israel’s Army Radio said some Israeli embassies had been put on high alert after the Iranian threats of retaliation, though there were no reports of concrete threats. The radio’s military affairs correspondent said the army was on routine footing.

Netanyahu’s office has declined to comment on the killing of Fakhrizadeh and an Israeli Foreign Ministry spokesman said the ministry did not comment on security regarding missions abroad.

The White House, Pentagon, U.S. State Department and CIA have also declined to comment on the killing, as has Biden’s transition team. Biden takes office on Jan. 20.

“Whether Iran is tempted to take revenge or whether it restrains itself, it will make it difficult for Biden to return to the nuclear agreement,” Amos Yadlin, a former Israeli military intelligence chief and director of Israel’s Institute for National Security Studies, wrote on Twitter.

Under the 2015 nuclear deal, Iran agreed to curb its nuclear work in return for the lifting of sanctions. Once Trump withdrew in 2018, U.S. sanctions were ramped up, driving down Iran’s vital oil exports and crippling the economy. Tehran, meanwhile, sped up its nuclear work.

Germany, a party to the nuclear pact, and U.N. Secretary-General Antonio Guterres called for restraint from all sides.

Iran’s Foreign Minister Mohammad Javad Zarif tweeted that it was “shameful that some refuse to stand against terrorism and hide behind calls for restraint”.

A senior official told Reuters: “Definitely Iran will retaliate. When and how depends on our national interests. It might happen in the coming days or weeks, but it will happen.”

He pointed to Iran’s retaliatory missile attacks in January on an Iraqi base where U.S. forces were stationed, days after a U.S. drone strike in Baghdad killed top Iranian military commander Qassem Soleimani. No U.S. troops were killed in the action.

“The martyrdom of Fakhrizadeh will accelerate our nuclear work,” said Fereydoon Abbasi, the former head of Iran’s Atomic Energy Organisation, who survived an assassination attempt in 2010.

At least four scientists were killed between 2010 and 2012 in what Tehran said was a programme of assassinations aimed at sabotaging its nuclear energy programme. Iran has always denied pursuing nuclear weapons, saying its aims are only peaceful.

Fakhrizadeh was thought to have headed what the U.N. International Atomic Energy Agency (IAEA) and the U.S. intelligence services believe was Iran’s nuclear arms programme.

He was the only Iranian scientist named in the IAEA’s 2015 “final assessment” of open questions about Iran’s nuclear programme. It said he oversaw activities “in support of a possible military dimension to (Iran’s) nuclear programme”.

Fakhrizadeh was also a central figure in a presentation by the Israeli prime minister in 2018 accusing Iran of continuing to seek nuclear weapons. “Remember that name, Fakhrizadeh,” Netanyahu said at the time.

U.S. intelligence services and the IAEA believe Iran halted its coordinated weapons programme in 2003. The IAEA has said it had no credible indications of activities in Iran relevant to the development of a nuclear explosive device after 2009.

The United States deployed U.S. aircraft carrier Nimitz with accompanying ships to the Gulf on Wednesday, shortly before the killing, but a U.S. Navy spokeswoman said the deployment was not related to any specific threats.

(Additional reporting by Francois Murphy in Vienna and Maayan Lubell in Jerusalem; Writing by Parisa Hafezi; Editing by Frances Kerry and Edmund Blair) 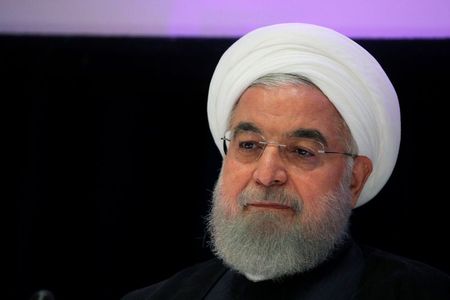 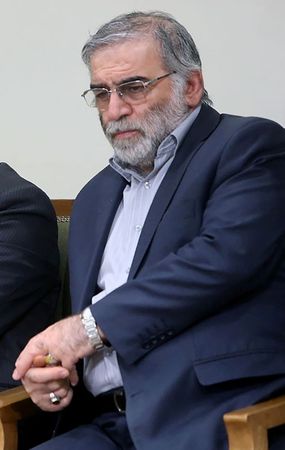