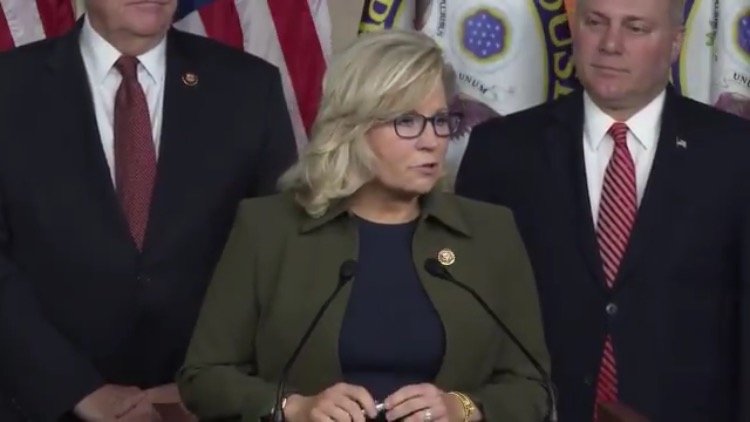 Liz Cheney again showed her true colors as she releases a statement urging the President to “Respect the Sanctity of Our Electoral Process”.

Again, Liz Cheney shows her utter ignorance and sides with the Democrats over President Trump.  Despite more corruption, voter fraud and election fraud reported in the 2020 to date than ever reported in history, Rep. Cheney believes the President should ‘respect the sanctity of our electoral process’.

This woman is simply outrageous.  This isn’t the first time Cheney showed her lack of vision and perception when speaking out against the President.  She simply doesn’t seem to care that her comments are hurtful to her President, her party and her nation.

The fact that Cheney somehow believes that the Democrats stealing millions of votes and rigging an election is fine is stunning.

TRENDING: “Georgia Is the First State I’m Going to Blow Up and Mr. Kemp and the Secretary of State Need to Go With It!” — Sidney Powell Releases the Kraken! (VIDEO)

Liz Cheney on Saturday urged President Donald Trump to respect “the sanctity of our electoral process” if he cannot prove his voter fraud claims.

“America is governed by the rule of law,” the chair of the House Republican Conference said in a statement. “The President and his lawyers have made claims of criminality and widespread fraud, which they allege could impact election results. If they have genuine evidence of this, they are obligated to present it immediately in court and to the American people.”

The President tweeted out a comment to Ms. Cheney:

Sorry Liz, can’t accept the results of an election with hundreds of thousands of fraudulent votes cast, enough to easily flip the Election. You’re just unhappy that I’m bringing the troops back home where they belong! https://t.co/elZ9X3wrAz