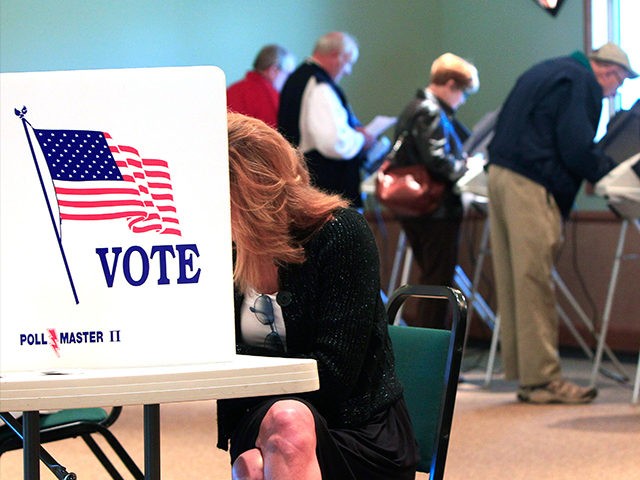 Analysts no longer consider Ohio to be a swing state, as its “blue wall” was breached in 2016 by then presidential candidate Donald Trump, as well as many other Republican candidates down-ballot, and has remained so in the 2020 election.

“It’s way off from being the swing state it was several decades ago,” said NBC News contributor David Wasserman, adding that he believes Ohio is no longer a bellwether state that predicts the outcome of a presidential election, reported NBC News.

If Joe Biden takes office in January, the former vice president will be the first candidate to win a presidency without carrying Ohio since 1960.

The report added that many Ohio counties have turned increasingly red since 2012, with only 38 percent of Trumbull County voting Republican in the 2012 presidential election, compared to 54 percent in 2020.

In Jackson County, for example, 59 percent of Republicans voted for Mitt Romney in 2012, while 76 percent voted for Trump in 2020.

“Ohio now is a much more red state than it is a purple state,” said Mark Caleb Smith, a professor of political science at Cedarville University in Ohio.

“If you look at recent elections, statewide, presidential or gubernatorial, Republicans have done extremely well,” Smith continued. “I just think that means Ohio has taken a different turn.”

“I think Ohio has shifted a little bit, and it’s no longer that middle part of the country — it’s probably a little more on the right, traditional, conservative side,” the professor added.

“I think that Ohio really isn’t a representative of the whole country the way that it once was,” said Smith.

No Republican presidential candidate has ever won the White House without winning Ohio, as it has been one of two states that almost always predict which candidate is headed for defeat, noted the Washington Post in 2016.

“It is no longer the case that ‘so goes Ohio then so goes the nation,’” said Christopher Devine, assistant professor of political science at the University of Dayton, reported NBC News.

“I don’t think Ohio has changed much [since 2016]. I think the national mood has changed around Ohio,” said Smith. “I think it’s clear [Trump] has very broad appeal here. He visits the state regularly.”

“Ohio is sort of moving out of that moderate, in-the-middle position it’s been [in] historically and moving toward a redder, more conservative position,” he added.