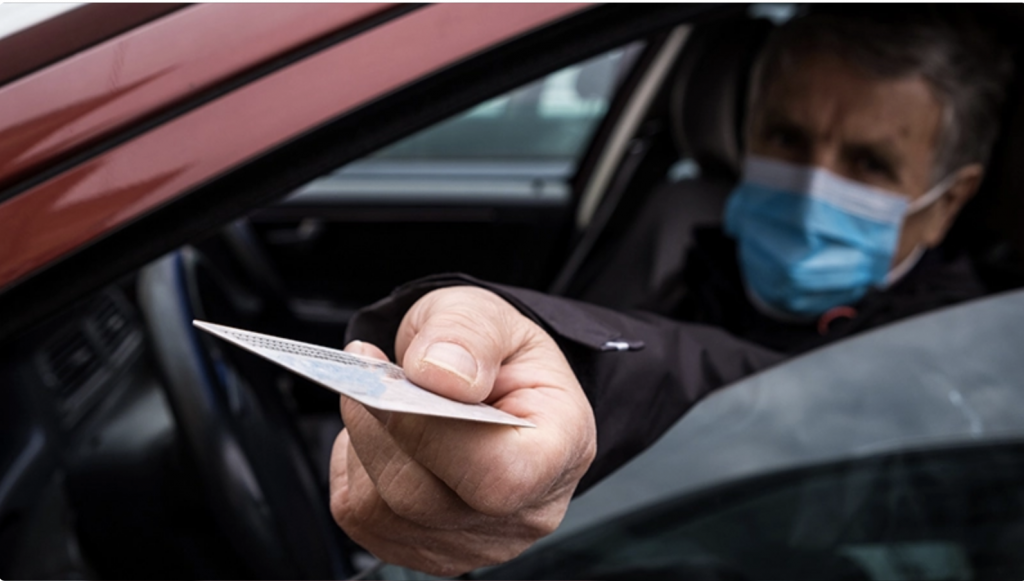 Government scheme that will allow them to live a normal life

Britons are set to be given Covid ‘freedom passes’ as long as they test negative for the virus twice in a week, it has been suggested.

The details of the scheme are still being ironed out by officials in Whitehall, who hope it will allow the country to get back to normal next year.

To earn the freedom pass, people will need to be tested regularly and, provided the results come back negative, they will then be given a letter, card or document they can show to people as they move around.

The certificate would be stored on a phone, according to sources, and would allow people to live a relatively normal life until the government’s vaccination programme gets up to the speed.

It would even allow Britons to get away without wearing a mask, it is thought, and visit family and friends without the need to socially distance.

A source told the Telegraph: ‘They will allow someone to wander down the streets, and if someone else asks why they are not wearing a mask, they can show the card, letter or an App.’

It comes after former health secretary Jeremy Hunt threw his backing behind the ‘freedom pass’ concept.

His proposal suggests far less testing, however, with calls for Britons to be tested just once a month before being given their certificates.

The former health secretary has called on ministers to come up with ‘proper incentives’ for people to get tested, self-isolate and receive a vaccine.