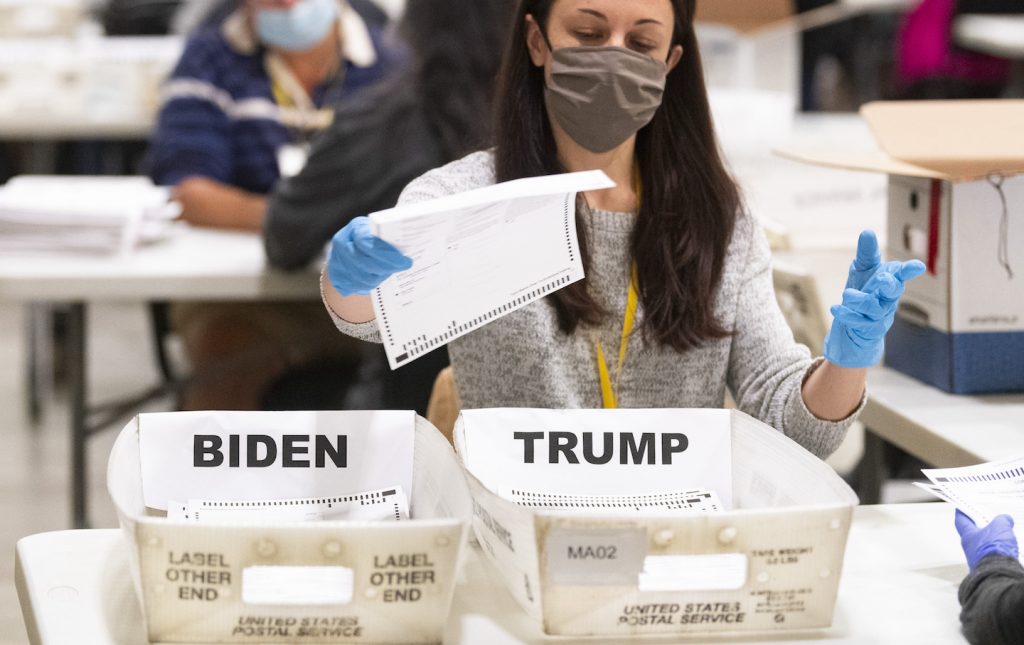 An election challenge lawsuit planned to be filed early this week is new and will be “shocking,” according to President Donald Trump lawyer Jordan Sekulow on Newsmax TV.

“We have got lawsuits likely to be filed in Georgia on either Monday or Tuesday; I can’t get into the details,” Sekulow, the son of Trump personal attorney Jay Sekulow, told Saturday’s “America Right Now.”

“I can’t tell you right now, but what’s coming in Georgia will be shocking, when we file this in federal court Monday or Tuesday,” Jordan Sekulow told host Tom Basile. “It’s nothing that we have talked before. It’s not what you heard in the press conference [Thursday] either.

“This is something completely separate.”

The fact Jordan Sekulow pointed to federal court, it is likely a constitutional legal challenge. He did allude to some challenges to the constitutional issue of “equal protection under the law.”

He added, to those saying “put up or shut up, it’s coming this week.”

“They’ve got to be outcome determinative, but I will tell you, the Lt. Gov. [Geoff Duncan] in Georgia, the Secretary of State in Georgia [Brad Raffensperger] in Georgia, they’re in for quite a shock on Monday and Tuesday about how poorly they run and they ran – there’s going to be a proof – of how poorly run they ran the elections in one of their major counties,” Sekulow said.

Sekulow did note it was related neither to the challenges on signature verification on mail-in ballots in Georgia, nor a potential upcoming audit of the recently certified election results in Georgia, as teased by GOP Gov. Brian Kemp.

“That recount was not a recount at all,” Sekulow said. “All we did is find more votes, which were new votes, not recounted votes.”

Sekulow noted his legal team is working on the constitutional case, while the Trump campaign legal team of Rudy Giuliani, Jenna Ellis, and Sidney Powell are focusing on compiling the evidence of voter fraud, including Dominion Voting Systems.

“Look at the in-fighting in Georgia: That’s a lawyer’s dream, so we’ve got to be there and we are,” Sekulow said.