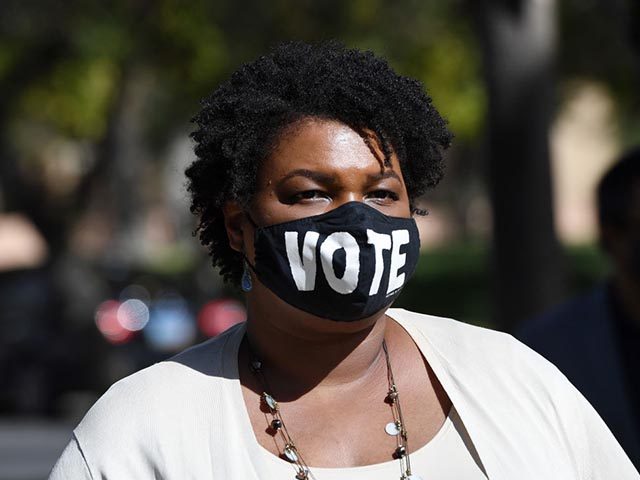 A voting rights group founded by Stacey Abrams (D) is dumping millions of dollars into activist organizations as part of an effort to tip the scales in favor of Democrats in the forthcoming January 5 runoffs.

Fair Fight, the group founded by failed Georgia gubernatorial candidate Stacey Abrams, is reportedly spending $2.7 million to assist over a dozen organizations in their efforts ahead of the highly anticipated Senate runoffs. The races feature Republican Sens. David Perdue and Kelly Loeffler and their respective Democrat challengers Jon Ossoff and Raphael Warnock.

According to the Atlanta Journal-Constitution, the money is aimed to “strengthen their get-out-the-vote apparatus.” In a Saturday morning update, Abrams asked progressives to join her in supporting the 13 groups, which she says will work “tirelessly on the ground to educate and mobilize voters”:

🚨Fair Fight is boosting 13 Georgia organizations by raising and giving over $2.7 million ahead of the Jan. 5 runoffs.

These groups work tirelessly on the ground to educate and mobilize voters. Join me in supporting them👇🏿#gapol https://t.co/OLnYRd14EY

“For years, these organizations have been on the ground in their communities, doing the important work that has made possible that every voice is heard and every eligible is counted,” Fair Fight senior advisor Lauren Groh-Wargo said.

“We must recognize and support their work to ensure that every voter and Georgian is seen and heard,” she added.

Republican groups are also upping their game, with two GOP super PACs — Senate Leadership Fund and American Crossroads — dropping a combined $70 million on ads ahead of the runoffs.

Last weekend, Abrams announced that “more than 600,000 Georgians have requested their mail ballots” ahead of the January 5 election: