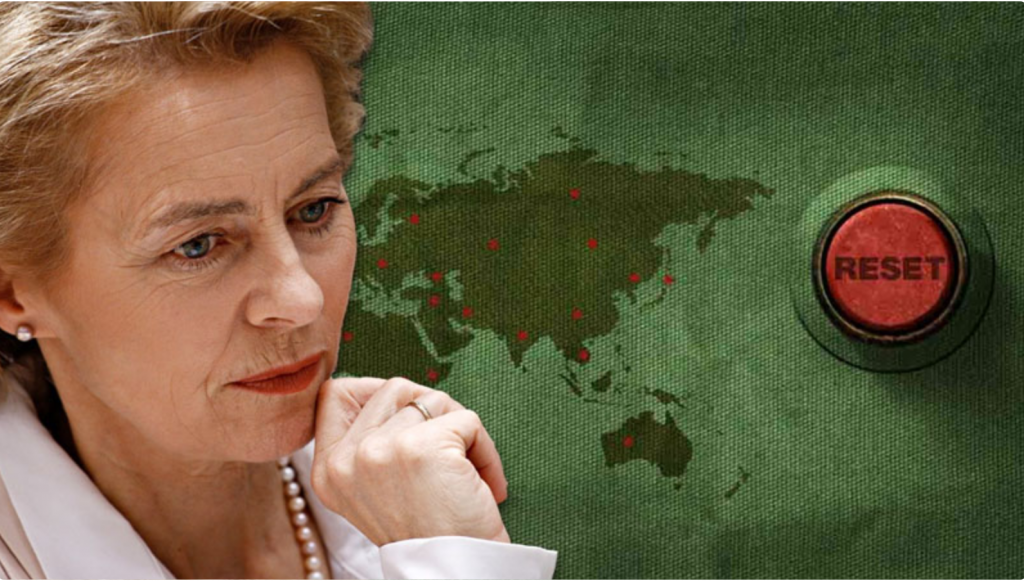 With the possible election of Joe Biden, Progressives and Globalists believe it’s their time and they are running for the rhetorical goal line

With the results of the 2020 General Election soon to be discovered, the next great threat on the horizon – aside from losing the Republic to Democratic Socialism forever, is “The Great Reset.” It will impact everyone on the planet and be the declaration that Big Brother is here to stay.

The Great Reset seeks to execute an intrusive and wholesale transformation of the world’s economy and the economic system we have known since the beginning of time. It seeks to radically alter the world’s economy by: abolishing money in deference to digital currency, which the government would be able to adjust and control; eliminating all private property, and greatly reducing the potency of democracy for the sake of a “New World Order.”

In a panel discussion at the World Economic Forum, Kerry said Biden is ready to not only rejoin the Paris Climate Agreement – which would literally eliminate more than a million jobs in the US – but be the driver for the “Great Reset” whereby unelected global bureaucrats would literally take control of the sovereign governments of the world.

“The notion of a reset is more important than ever before,” Kerry said. “I personally believe…we’re at the dawn of an extremely exciting time.”

Kerry reiterated what Biden has already said in so many stump speeches: The first thing he would do as President would be to rejoining the job-killing Paris Climate Agreement. But Kerry said, bluntly, that act was not enough.

“I know Joe Biden believes this. It’s not enough just to rejoin [the Paris Climate Agreement] for the United States. It’s not enough for us to do just the minimum of what [the agreement] requires,” Kerry said. “The Biden administration will focus on every sector of the American economy. There will be a 2035 goal to achieve net neutrality with respect to power and production…we’re ready to come back in and help to lead and raise the ambition in Glasgow to accelerate this incredible capacity for a transformation in the private sector.”

Former Secretary of State John Kerry attended a panel discussion at the World Economic Forum during which he asserted that a great reset was urgently needed to stop the rise of populism.https://t.co/pmy6OfHAAM

A critical part of new Biden-European Commission relationship, according to von der Leyen, includes implementing a new “rulebook for the digital economy and the digital society.”

The titular leader of the Globalist movement, which seeks to undermine the sovereignty of all nations, von der Leyen said:

“So, covering everything from data to infrastructure, but also talking about security and democracy, technology to fair taxation, all of these are topics on the table with digital change. So, ladies and gentlemen, the need for global cooperation and this acceleration of change will both be drivers of the Great Reset. And I see this as an unprecedented opportunity.

“It’s good to have a friend in the White House. We should not forget what kind of strength we can develop…we need a new agenda and of course, we will have to start with the most pressing issue which is COVID-19…the second big topic is climate change, fighting climate change…the third topic is the tech topic.”

Terence Corcoran: Who is Klaus Schwab? Meet the driving force behind The Great Reset and the plan to use the COVID pandemic to change the world away from free markets. https://t.co/zRjU5WEjxF

“I think that you’re seeing the mainstream media institutions become a bit more confident in trying to set the national agenda,” Smith said, “trying to establish priorities that they think are the priorities rather than simply reacting to what’s happening…”