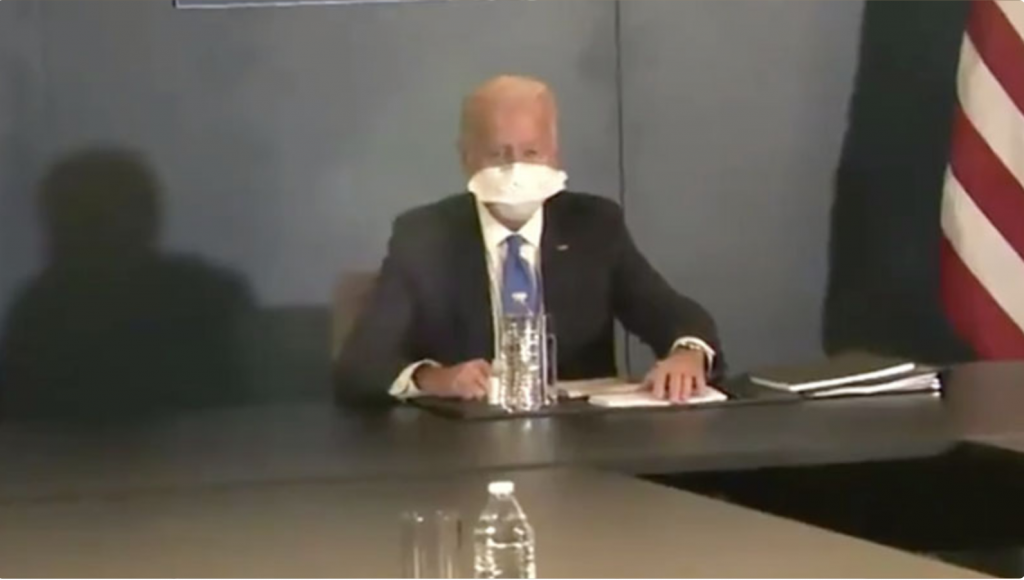 The US media-projected winner of the 2020 presidential elections, Democratic candidate Joe Biden had been busy working on a ‘transition team’, although official results are yet to be announced and his opponent, Donald Trump, is refusing to concede victory, claiming election manipulation by the Democrats.

Democratic Presidential candidate Joe Biden lashed out when questioned by a CBS News reporter on Friday about his plan to get children back into classrooms during the COVID-19 pandemic.

The incident occurred as Biden and his running mate, the projected vice-president Kamala Harris, were wrapping up a meeting with House Speaker Nancy Pelosi and Senate Minority Leader Chuck Schumer in Wilmington, Delaware.

​The former vice-president has been pronounced by most US media outlets as having won the 2020 presidential elections, despite Donald Trump refusing to concede victory and filing lawsuits to contest what his campaign team decries as “rigged” ballot-casting.

In the footage, preceding the incident, Biden can be heard saying to senior Democratic leaders: ‘In my Oval Office, mi casa, you casa.’

As the photo op concludes and journalists are requested to leave by a Biden aide, Bo Erickson, a CBS News reporter covering the Democratic White House hopeful and his campaign, asked him whether he would encourage teachers’ unions to cooperate in bringing students back to classrooms in the wake of the COVID task force saying earlier that it was safe for children to resume in-person education.

“Why are you the only guy that always shouts out questions?” he retorted testily, refusing to answer the question.

The issue of returning to in-person instruction amid the ongoing COVID-19 pandemic has been a difficult one, with many teachers unions resisting the move and fighting for longer school closures, stronger safety requirements and limits on what they are required to do in virtual classrooms.

Many on social media slammed Biden for his dismissive remark, while applauding Erickson for posing a good question.
Washington Examiner reporter Jerry Dunleavy tweeted that the issue “deserves an answer”.

It's a great question that deserves an answer from Biden. https://t.co/3L1JZVna70

​Republican President Donald Trump’s opponent in the race for the White House campaigned on a pledge to review the approach to the COVID-19 pandemic.

Though more schools are, indeed, reopening their doors to students, COVID cases are still surging.

Back in July, the Biden campaign laid out a “roadmap to reopening schools safely”, with the major focus on money for schools. Biden supports a bill passed by House Democrats to provide $58 billion for public schools, plus hundreds of billions for state governments.

According to his plan, there should be a separate bill to provide additional funding that schools could use for items like personal protective gear.

“Vice President Biden would be working with leaders in Congress right now to pass an emergency package for schools so they have all the resources they need,” Stef Feldman, the Biden campaign policy director, said last month.