VOSD Podcast: Why Montgomery Steppe Wants to Be Council President 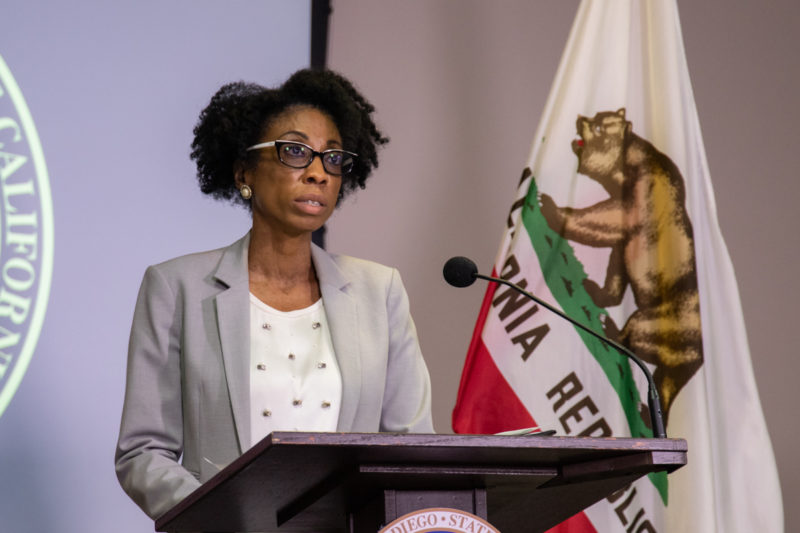 In his final “KevTalk,” a roast Mayor Kevin Faulconer performs each year for a group of politics and business insiders, the mayor made many sick burns.

This year’s event — which was an in-person, parking lot-style shindig — featured a fair amount of Voice of San Diego reporting and some direct jabs at VOSD podcast host Scott Lewis. And the mayor also continued roasting the governor, something he’s been doing quite a bit of lately.

On the show this week, Lewis along with fellow hosts Andrew Keatts and Sara Libby, reviewed Faulconer’s flirtation with a run for governor and how that may match up with trends in his political career of being the No. 1 second choice.

As Lewis, Libby and Keatts noted in last week’s show, the role of City Council president hasn’t really panned out well for those who held the job. The most current example is outgoing President Georgette Gómez, who soon won’t have any elected role.

What’s happening now is a public race to secure a handful of votes from the new San Diego City Council members.

One of the folks running that race is City Councilwoman Monica Montgomery Steppe. She’s secured support (not endorsements!) from the San Diego Democratic Party and the Labor Council. Montgomery Steppe joined the podcast this week to talk about why she wants the job and how she thinks she can use it more effectively than presidents past — while keeping up with the needs of her current district. (Councilwoman Jen Campbell, who is also running for Council president, declined our interview offer.)