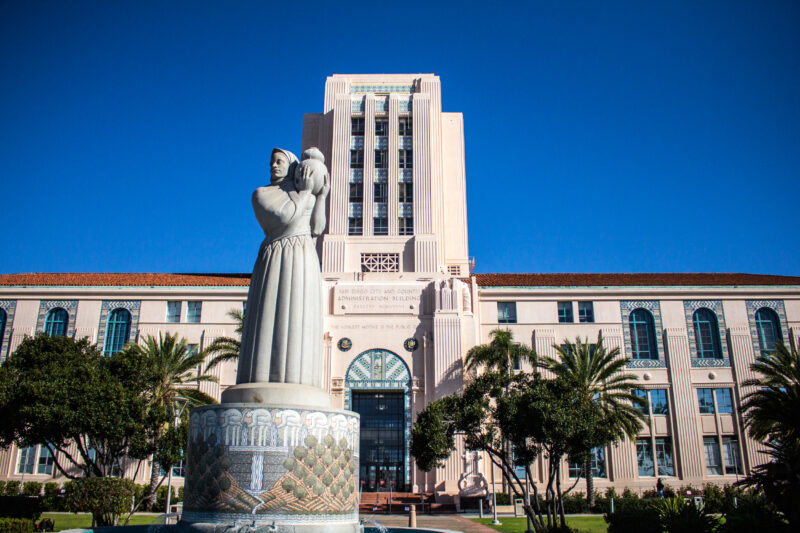 On Tuesday, San Diego County’s Board of Supervisors quietly backed away from SB 1045 and SB 40, two high-profile laws that allow three California counties to implement a pilot program for the expansion of court-ordered conservatorships. SB 1045  would require participating counties to provide an appointed guardian and housing to any patient who had at least eight involuntary hospital stays for mental health treatment over a one-year period; SB 40 was later introduced to amend the original legislation, adding several procedural changes

San Diego now joins Los Angeles and San Francisco in passing on the new conservatorship law, despite Assemblywoman Lorena Gonzalez’s push to include San Diego in SB 1045 when it was introduced in 2018. A year later, Supervisors Dianne Jacob and Nathan Fletcher recommended that the county develop the pilot program. The board voted to do so, and a housing conservatorship working group was established to evaluate the program’s effectiveness and feasibility.

The legislation was passed on the consent agenda, meaning there was no public discussion about it. The board based its decision on recommendations from the working group, concluding that, because psychiatric hospitals across the county often don’t — and are not legally required to — share patients’ detainment data, it would be difficult to identify how many times in a one-year period an individual was involuntarily admitted, thus creating another challenge in tracking those who would be eligible for conservatorship.

The working group pointed to another major requirement of conservatorships as a future legal hurdle: any eligible person has to be deemed “gravely disabled” as a result of a mental disability. “The existence of a mental disorder does not, in itself, justify a finding of grave disability,” the group wrote in the county report.

Lastly, the working group cited the state’s lack of funding as a reason to opt out of SB 1045 and SB 40. The expansion of conservatorships would increase the county’s staffing needs, services and housing options, according to the group, without having new state funding in order to implement the necessary changes.

The board intends to “maintain the intent of SB 1045/SB 40” through the county’s behavioral health continuum of care services, which supervisors believe offers a more comprehensive approach to mental health treatment without the added challenges of the legislation.