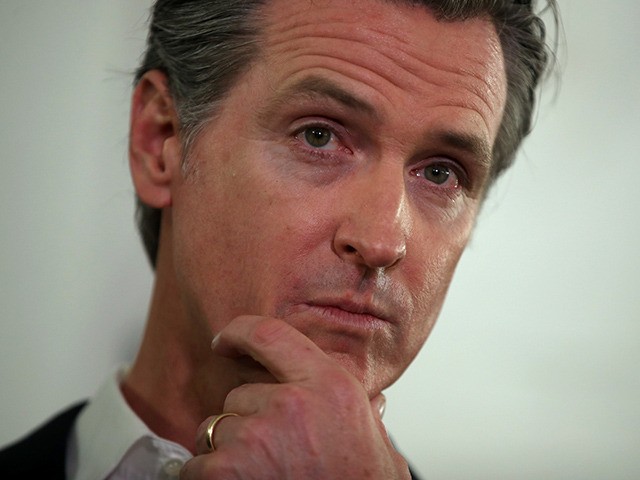 Every county sheriff in the Los Angeles region has reportedly declined to enforce the new near-statewide curfew announced Thursday by Gov. Gavin Newsom.

We’ve heard from the Sheriffs, we are now starting to hear from from city police departments about the curfew. Ontario and Laguna Beach PDs say they will NOT actively enforce the order, seeking voluntary compliance. Costa Mesa and Irvine PDs WILL take part in enforcement. @FOXLA

Some city sheriffs, Melugin noted, would enforce the curfew.

As Breitbart News reported Thursday, Orange County Sheriff Don Barnes issued a statement saying that his officers would emphasize an “education-first approach” but would not respond to calls only related to coronavirus enforcement:

Earlier today, the Orange County Sheriff’s Department became aware of a limited Stay at Home Order that Governor Newsom’s office ordered to go into effect on Saturday, November 21 at 10 PM.

Throughout the pandemic, the Orange County Sheriff’s Department has taken an education-first approach with regard to the public health orders.

We are currently assessing the action by the Governor.

At this time, due to the need to have deputies available or emergency calls for service, deputies will not be responding to requests for face-coverings or social gatherings-only enforcement.

Newsom announced the curfew Thursday, after hinting earlier in the week that he was studying curfews in other states and countries, including Saudi Arabia.

California, like other states, is suffering a coronavirus surge.

Joel B. Pollak is Senior Editor-at-Large at Breitbart News and the host of Breitbart News Sunday on Sirius XM Patriot on Sunday evenings from 7 p.m. to 10 p.m. ET (4 p.m. to 7 p.m. PT). His newest e-book is The Trumpian Virtues: The Lessons and Legacy of Donald Trump’s Presidency. His recent book, RED NOVEMBER, tells the story of the 2020 Democratic presidential primary from a conservative perspective. He is a winner of the 2018 Robert Novak Journalism Alumni Fellowship. Follow him on Twitter at @joelpollak.