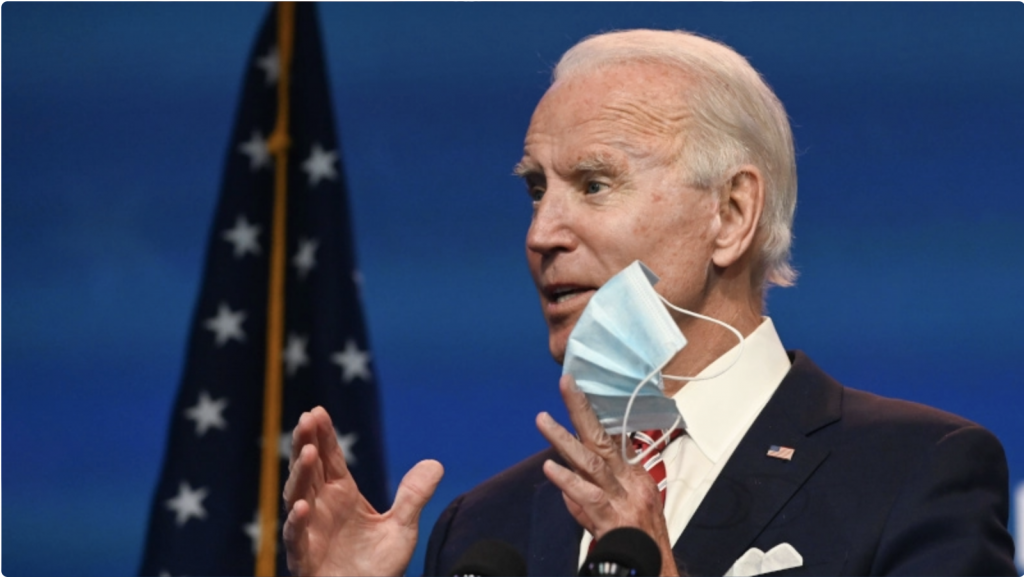 Now says he favors ‘limiting capacity of businesses operations’ instead

The media-acclaimed US president-elect Joe Biden backtracked from his campaign rhetoric of a national coronavirus shutdown, saying he now favored “calibrated” solutions limiting the capacity of businesses to operate instead.

“I would shut it down,” Biden had told ABC in August, adding “I would listen to the scientists.” Dr. Michael Osterholm, one of his coronavirus advisers, said last week that a 4-6 week lockdown “could drive the numbers down.”

Appearing at a brief press conference on Thursday, however, Biden berated reporters for continuing to bring the issue up and said his original statement was a “hypothetical.”

“The answer is I would follow the science,” Biden said. “I say it again, no national shutdown.”

Instead, he advocated “rational decisions” to “calibrate” the number of people who could safely enter the premises, pointing out his church operates at 40 percent so a “gymnasium” somewhere should as well. He also called for a national mask mandate.

“The country is still in a crisis and there’s a dark winter still ahead,” Biden said in his opening remarks, criticizing the Trump administration for not conceding the election and sharing information with his transition team.

Pressed by reporters to say how many more people would die because of that, Biden said he couldn’t know for sure, but said maybe 150,000 more.

Suing the government to get access to information wouldn’t speed it up, Biden said in response to repeated questions from reporters, saying his “experience” informed his approach of reaching out to Republicans directly instead.

“I’m not going to rule anything out, or anything in” when it comes to lawsuits, he did concede at one point.

Asked about the details of his plan, Biden said he intended to employ the Defense Production Act to provide more tests, masks and gloves. He also said he intended to “flip around” the traditional approach where minority communities were supposedly addressed last. His running mate Kamala Harris talked about the need to ensure “equity” in distributing the Covid-19 vaccine.

On day one, his administration will rejoin the World Health Organization because “we need to plan for the next pandemic,” Biden said.

While the media has declared Biden the winner of the November 3 presidential election and he seemed confident he would be inaugurated on January 20, President Donald Trump has refused to concede and is seeking to challenge the vote tallies in several states as invalid, alleging irregularities and fraud.