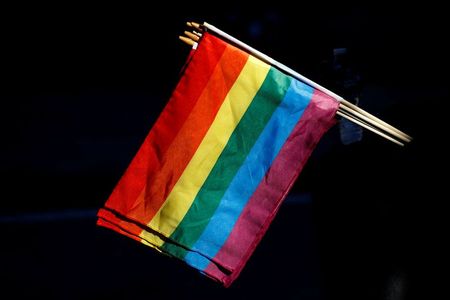 In a 2-1 decision, the 11th U.S. Circuit Court of Appeals sided with two therapists who said the laws in the city of Boca Raton and Palm Beach County violated their free speech rights.

Circuit Judge Britt Grant said that while enjoining the laws “allows speech that many find concerning–even dangerous,” the First Amendment “does not allow communities to determine how their neighbors may be counseled about matters of sexual orientation or gender.”

The therapists, Robert Otto and Julie Hamilton, said their clients typically had “sincerely held religious beliefs conflicting with homosexuality,” and sought counseling to conform their identities and behaviors with those beliefs.

Mat Staver, a lawyer for the therapists, called the decision the first of its kind by a federal appeals court, and “a huge victory” enabling people to choose counseling free of government censorship.

Critics say the practice stigmatizes lesbian, gay, bisexual and transgender people, and is linked to depression, anxiety and suicide.

Some supporters of the practice have offered religious justifications or said it is unethical not to offer clients that option.