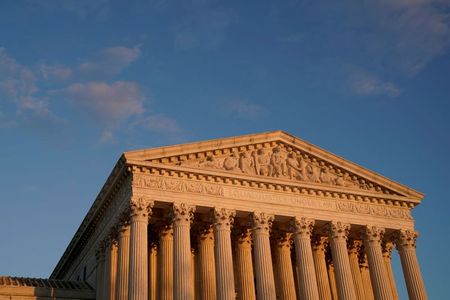 The court granted a request from the Democratic-led House of Representatives Judiciary Committee, which asked in court papers for a postponement given that a new Congress will convene in the first week of January 2021 and Democratic President-elect Joe Biden will be inaugurated on Jan. 20.

The committee last year subpoenaed grand jury materials related to the Mueller report, which documented Moscow’s interference in the 2016 presidential election to boost Trump’s candidacy. The Justice Department withheld the materials when the report was released.

Come January, a newly constituted committee, still led by Democrats following last month’s election, “will have to determine whether it wishes to continue pursuing the application for the grand-jury materials that gave rise to this case,” the committee said in the court papers.

The oral arguments had been scheduled for Dec. 2. The court action in a brief order means it is possible the case will be dropped altogether once Biden takes office.

Mueller submitted his report to U.S. Attorney General William Barr in March 2019 after a 22-month investigation that detailed Russian hacking and propaganda efforts to help the Republican Trump and harm his Democratic opponent Hillary Clinton and documented multiple contacts between Trump’s campaign and Moscow.