Sen. Rand Paul to Newsmax TV: Fauci Will ‘Keep Us Masked Until End of Time’ 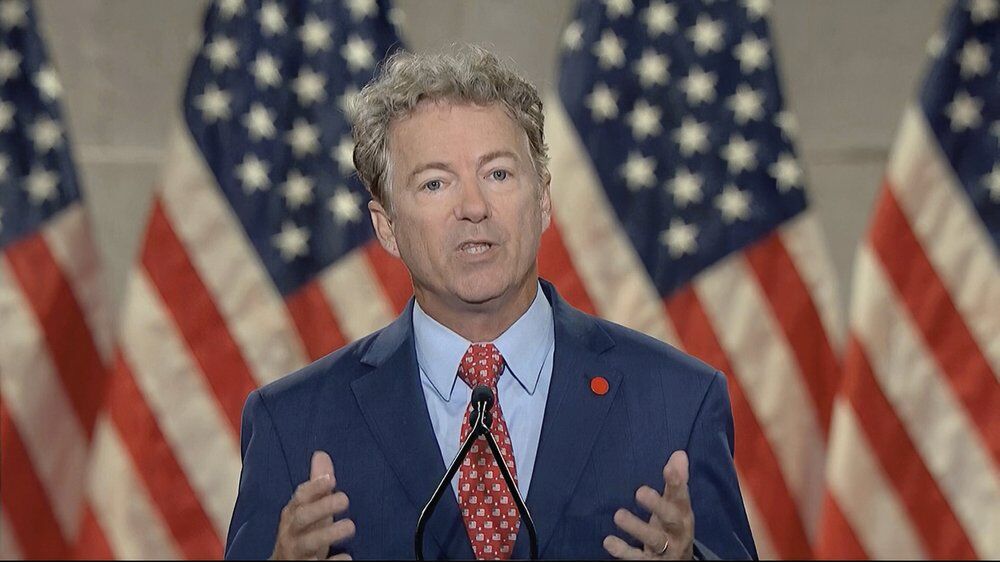 Sen. Rand Paul, R-Ky., says the U.S. government should push hard to get a coronavirus vaccine released and Dr. Anthony Fauci is trying to slow down that process, saying the director of the National Institute of Allergy and Infectious Diseases wants to ”keep us masked until the end of time.”

”The masks aren’t working, social distancing’s not working. What is my proof? The numbers. The numbers are going through the roof,” Paul said Thursday during an appearance on Newsmax TV‘s ”American Agenda.”

”So all these mask mandates have had no effect on it. The incidence of the virus has gotten worse since we’ve done lockdowns. We should not comfort ourselves with masks. We should push hard to get the vaccine released.

“I think it’s ready to go for those who are willing to sign an informed consent and voluntarily take it. And I think millions of people would sign up, and we would very quickly get to a large enough number that people would be more satisfied with the safety. … I would get it out there, I wouldn’t wait.

”Fauci’s talking about April. I think that’s a terrible idea. He’s going to keep us masked until the end of time, which does very little of anything to change the course of this. They’re slowing the vaccine down, which is probably the only thing that can change the course.”

Governors in the states of Washington, Oregon, New Mexico, Kentucky, Michigan, New York, and New Jersey have rolled out new COVID-19 restrictions due to spikes in cases.

The U.S. has reported more than 11.5 million coronavirus infections and more than 250,000 deaths, according to Johns Hopkins University data. The global totals are 56.4 million cases and 1.35 million deaths.