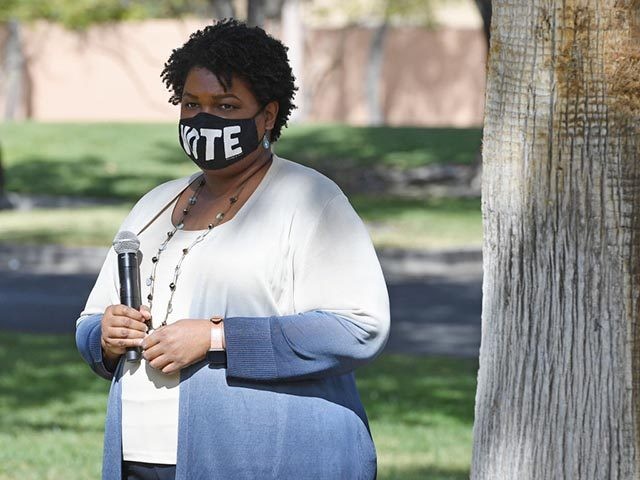 Georgia is the first state where we have fully updated vote history data, and it shows the Black share of the electorate falling to its lowest level since 2006 pic.twitter.com/kcquppig1I

In contrast, the share of Hispanic and Asian voters hit all-time highs, comprising 3.0 percent and 2.5 percent of the electorate respectively.

“In an election marked by a big rise in turnout, Black turnout increased, too, but less than that of some other groups,” the New York Times reported. “The findings suggest that Mr. Biden’s win in Georgia may not yet herald a new progressive majority in what was a reliably red state, as Democrats still depend on the support of traditionally conservative voters to win statewide.”

Democrat presidential candidate Joe Biden is projected to narrowly win Georgia based off current unofficial results, and the Times’ analysis largely attributes his success to voters who are affluent, older, and have college degrees and are living in metro Atlanta. Metro Atlanta, comprising ten counties and accounting for close to half of Georgia’s entire population, has itself skyrocketed in population by about half a million over the past decade.

“Just a few decades ago, the ring of suburbs surrounding Atlanta would have counted as some of the most reliably Republican parts of the state,” the Times wrote of Biden’s unexpected gains while also noting that President Donald Trump performed better in heavily black precincts than he did in 2016, despite still losing those precincts:

FiveThirtyEight credited the unofficial Biden victory primarily to his performance in metro Atlanta, as well, noting the area’s decline in white population and growth in black, Hispanic, and Asian populations. The website also pointed to Atlanta’s growing job market, with one analyst observing that “existing white voters [in Georgia] are being replaced by younger whites and out-of-state transplants who are more progressive.”

Democrats have gushed over activist Stacey Abrams’ voter registration efforts as one reason for the presidential win, but FiveThirtyEight said it is “really hard to know how much Abrams’s efforts mattered” and prioritized the changing Atlanta demographics and anti-Trump sentiment among Republicans and nonvoters above any influence Abrams might have had.

Notably, Democrats failed to translate their presidential success into down-ballot wins. Both U.S. Senate races are heading to a runoff election, Democrats picked up one U.S. House seat while Republicans held eight of the state’s 14, and Republicans will continue to dominate both chambers of the state legislature.

The relatively low share of black voters in the electorate comes after Abrams released a playbook heavily gunning for black voters, and after Biden chose a partially black woman, Sen. Kamala Harris (D-CA), as his running mate, and after Obama, the first black president, campaigned for Biden in Atlanta the day before the election.

Some Democrats have pointed to the growing number of voters declining to state their race as an explanation for why they otherwise seemingly came up short among black voters, including the campaign manager from Abrams’ failed 2018 gubernatorial pursuit, Lauren Groh-Wargo:

Data is particularly precise in Georgia as the state is one of only a few where voters are asked their race when registering to vote. The Times noted that North Carolina, another state that asks race, also appears to show a drop in its share of black voters.

Write to Ashley Oliver at aoliver@breitbart.com.