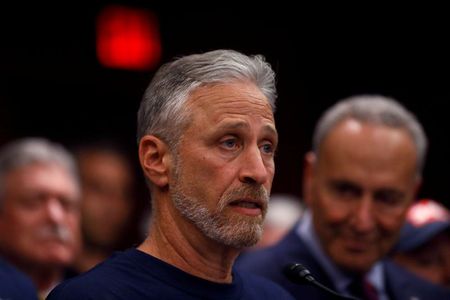 The multi-season series on Apple TV+ will bring the comedian back to TV on a regular basis for the first time since he ended his Emmy-winning run as host of “The Daily Show” in 2015.

No debut date for the untitled series was announced. Apple said in a statement that each one-hour episode would address a single issue and explore topics related to current events and Stewart’s advocacy work.

The issues also will be discussed in a companion podcast, the company said.

Stewart’s irreverent brand of political and media satire made him a beloved figure on television with influence far beyond the 2 to 3 million nightly audience of “The Daily Show” on Comedy Central.

Since leaving the “Daily Show,” Stewart has appeared occasionally on talk shows and this year released a political comedy film called “Irresistible” that he wrote and directed.

He also has advocated for wounded veterans and for healthcare benefits for first responders who became ill after the Sept. 11, 2001, attacks. He and his wife, Tracey, opened a farm sanctuary in New Jersey.

Stewart’s new series is part of a multi-year agreement with Apple to develop and produce projects for Apple TV+, a $5-a-month competitor to subscription video services from companies such as Netflix Inc <NFLX.O> and Walt Disney Co <DIS.N>.

In 2015, Stewart had signed a deal with AT&T Inc’s <T.N> HBO network for a short-form animated series for digital platforms, but that project was scrapped. 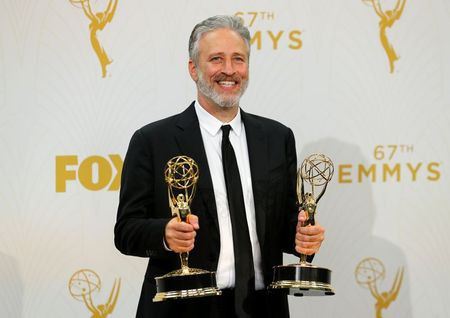