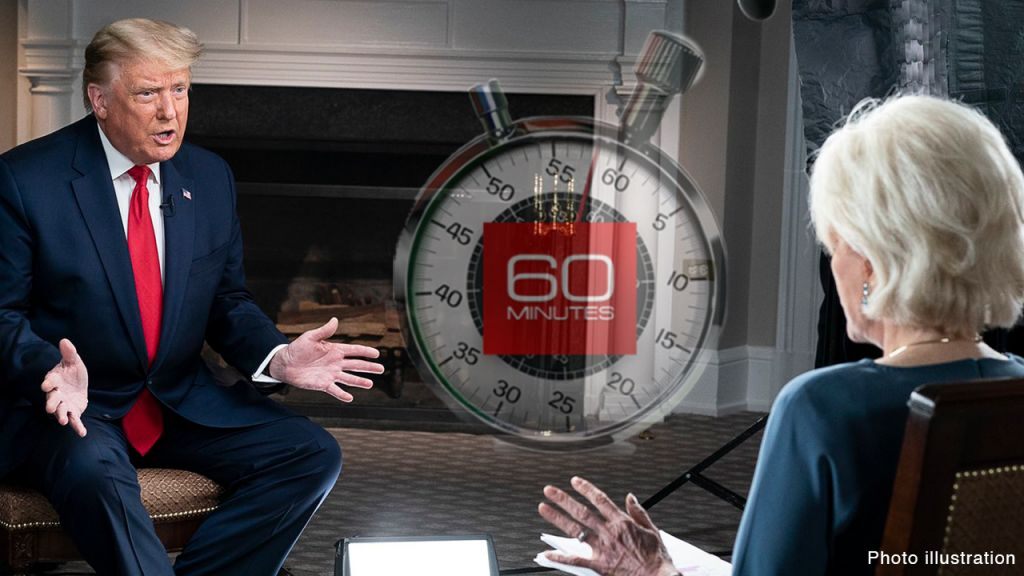 President Trump released a series of pictures Wednesday from his interview on CBS’ “60 Minutes” with Lesley Stahl at the White House Tuesday night, which reportedly ended abruptly when Trump walked out of the interview.

Trump called the interview “fake and biased” in a tweet Tuesday night and threatened to release the interview early, in an attempt to discredit the show.

…Everyone should compare this terrible Electoral Intrusion with the recent interviews of Sleepy Joe Biden!

LESLEY STAHL IN TRUMP INTERVIEW ‘CAME ACROSS MORE LIKE AN OPINION JOURNALIST THAN A REAL REPORTER’: MEADOWS

The president has not released any clips of the interview as of yet, but he released several images of him and Stahl during the interview without any comments included in the tweets.

A collage of photos with the White House press secretary Kayleigh McEnany handing Stahl a large book, that reportedly detailed work the Trump administration has completed on health care, were also posted Wednesday.

“Kayleigh McEnany presenting Lesley Stahl [60 Minutes] with some of the many things we’ve done for Healthcare,” Trump tweeted. “Lesley had no idea!”

Kayleigh McEnany presenting Lesley Stahl (@60Minutes) with some of the many things we’ve done for Healthcare. Lesley had no idea! pic.twitter.com/8bfIxkFiXt

Trump had previously posted a video of Stahl in the White House following the interview and called attention to the fact that she was not wearing a mask.

“Lesley Stahl of 60 Minutes not wearing a mask in the White House after her interview with me,” Trump wrote. “Much more to come.”

Lesley Stahl of 60 Minutes not wearing a mask in the White House after her interview with me. Much more to come. pic.twitter.com/0plZG6a4fH

But a CBS spokesperson told Fox News that Stahl had been wearing a mask prior to the interview and the photo had been taken immediately after Trump walked out.

The president was reportedly scheduled to do a “walk and talk” with Stahl and Vice President Mike Pence, which did not occur due to the abrupt ending.