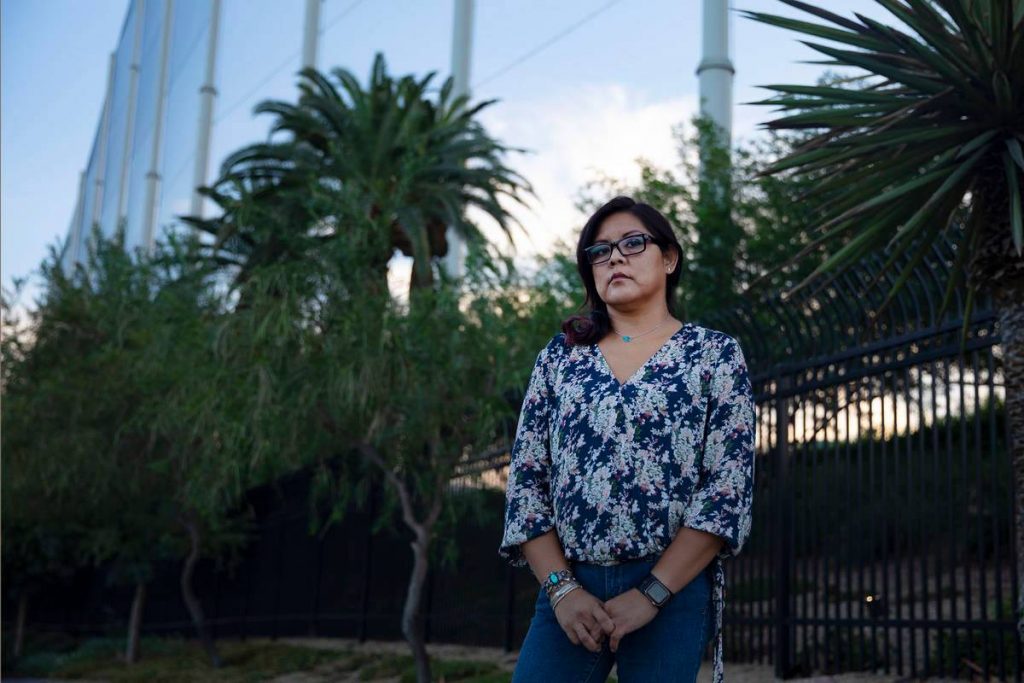 Now, according to the lawsuit, at least four women, including one who says she was sexually assaulted at work, have come forward with allegations of sexual abuse or harassment by Silvino Hinojosa, a former sous chef. All four women worked in the Topgolf kitchen under the man’s supervision.

Descriptions of the well-known golfing company’s workplace environment at its Las Vegas flagship — where kitchen managers and sous chefs “protected each other from any discipline” — are laid out in hundreds of pages of court documents in the ongoing lawsuit filed in Clark County District Court on behalf of Ciara Williams, the sexual assault victim.

“Ciara’s courage in coming forward in this lawsuit is extraordinary,” her attorney, James J. Lee, told the Las Vegas Review-Journal. “I believe she’s doing it because she doesn’t want other women to suffer.”

Hinojosa, Topgolf USA Las Vegas and Topgolf International are named in the lawsuit, which recently was transferred to federal court.

Requests for comment from Hinojosa’s attorney, Topgolf and attorneys representing the company were not returned.

The Las Vegas flagship opened in 2016, offering tourists and locals a unique driving range-sports bar experience just east of the Strip. The company now has more than 60 locations across the country, according to its website.

In addition to the lawsuit, Hinojosa currently faces criminal charges in two separate cases. Jail records show he was booked into the Clark County Detention Center in July 2019, after he was arrested by Las Vegas police on suspicion of sexually abusing a 4-year-old girl. A trial in that case is set to begin in February.

Three months after his arrest — and more than two years after Williams’ assault — Hinojosa was formally charged with one count each of sexual assault and first-degree kidnapping in her attack.

Williams’ assault, the documents state, was the culmination of months of “virtually daily sexual harassment” by Hinojosa that management had either heard about or witnessed. By then, Topgolf management also had received at least one formal written complaint about Hinojosa from another female employee, who has said she “endured severe and pervasive sexual harassment, abuse, and assault” by Hinojosa.

Yet Hinojosa was allowed to keep his job for nearly a year, according to the lawsuit, even after Williams, now 38, had reported in detail to a human resources manager that she was sexually assaulted by the man inside a walk-in freezer. Within four months of the assault, Hinojosa, now 39, was promoted to sous chef.

“Topgolf Defendants engaged in a tacit, sometimes overt conspiracy, to harbor, protect and aid and abet Hinojosa by destroying evidence and failing to immediately report him to local law enforcement for criminal prosecution and investigation, and failing to warn or restrict his access to (Williams) and other female employees,” the lawsuit states. “Had they not done so it is very likely that he would not have been able to continue to harass and violently assault (Williams) and other female employees.”

Williams was hired as a pastry chef by Topgolf in April 2016. Soon after, according to the court documents, the sexual harassment began. It included offensive and sexual comments, nonconsensual touching and groping, and offensive and unwelcome text messages and phone calls, the lawsuit states. On one occasion, Hinojosa showed up at Williams’ home and rang the doorbell.

“Terrified, she did not answer,” according to the lawsuit.

As the harassment continued, the documents state, Williams complained multiple times to at least two managers above Hinojosa, and she was told they would “take care of it.”

“Nothing was done,” according to the documents, “and the harassment continued.”

Williams went to the next manager in line, identified in the lawsuit as executive chef Chris Vaughn. But Vaughn is accused of responding to Williams’ complaints “by saying that sexual harassment was the norm in a kitchen environment.”

The attack and its aftermath

The harassment escalated in early June 2017, the lawsuit alleges.

While Williams and another line cook, Brian Gomez, were doing prep work in the Topgolf kitchen, Williams stepped into the walk-in freezer alone.

Hinojosa followed her, according to the court documents.

There, inside the windowless freezer with thick, insulated metal walls, the documents allege, Hinojosa cornered Williams. He cupped his hand over her mouth, and as she cried and tried to push him away, Hinojosa told Williams, “Just relax, you’re going to enjoy this,” according to the lawsuit.

The lawsuit alleges that Hinojosa then forced his hand into her pants and assaulted her. Eventually, Williams was able to push him away.

Williams ran into the women’s locker room, where she “wept uncontrollably” as she gathered her things, “intending to leave and never return.”

But on her way out, she ran into Gomez, the line cook.

“When I saw her again, it looked like she was in shock. Her body language was different,” Gomez told the Review-Journal. “She told me Silvino touched her.”

Gomez persuaded Williams to report the assault and walked her to the human resources office, where, according to the lawsuit, Williams “gave a detailed verbal and written statement.”

Instead, according to the documents, Williams was given a week off from work and was instructed by Topgolf management not to go to police because “it wasn’t necessary.” She was promised that her complaint would be investigated.

“As part of the so-called investigation,” the documents allege, “TopGolf Defendants fabricated a written Q&A interview with (Williams), dated June 7, 2017, making it falsely appear that (Williams) had merely stated that Hinojosa had ‘put his hands on her waist’ and made ‘romantic advances.’”

Soon after returning to work, Williams was transferred to the night shift, and for about four months, she had no contact with Hinojosa. But in October that year, she learned that Hinojosa had been promoted and was again going to be her direct supervisor.

She fell into a deep depression, according to the documents, and after a lengthy job search, Williams quit in March 2018. In her resignation letter, she did not mention the harassment or assault “out of shame and in fear of further retaliation,” the documents state. “She also knew that she would need a positive recommendation from TopGolf LV” for future jobs.

Williams, a mother of two, continues to suffer “severe emotional distress, humiliation, anxiety, depression, fear, and post-traumatic stress disorder,” according to the lawsuit.

Two months after Williams left Topgolf, Hinojosa was terminated. The reason for his termination is not disclosed in the court documents, but shortly after Williams quit, two more women filed reports with the company accusing Hinojosa of sexual harassment, the records show.

Gomez, the line cook who helped Williams report her assault, eventually was terminated after working there for more than two years. Gomez said he was told by management that his termination was due to a “timecard mistake.”

“From my point of view, I thought I was doing the right thing giving her a hand. But they made me feel like I did something wrong,” Gomez said. “I’m just speechless. I can’t believe how things went. Rather than help, they didn’t care. They were looking out for their own selves.”