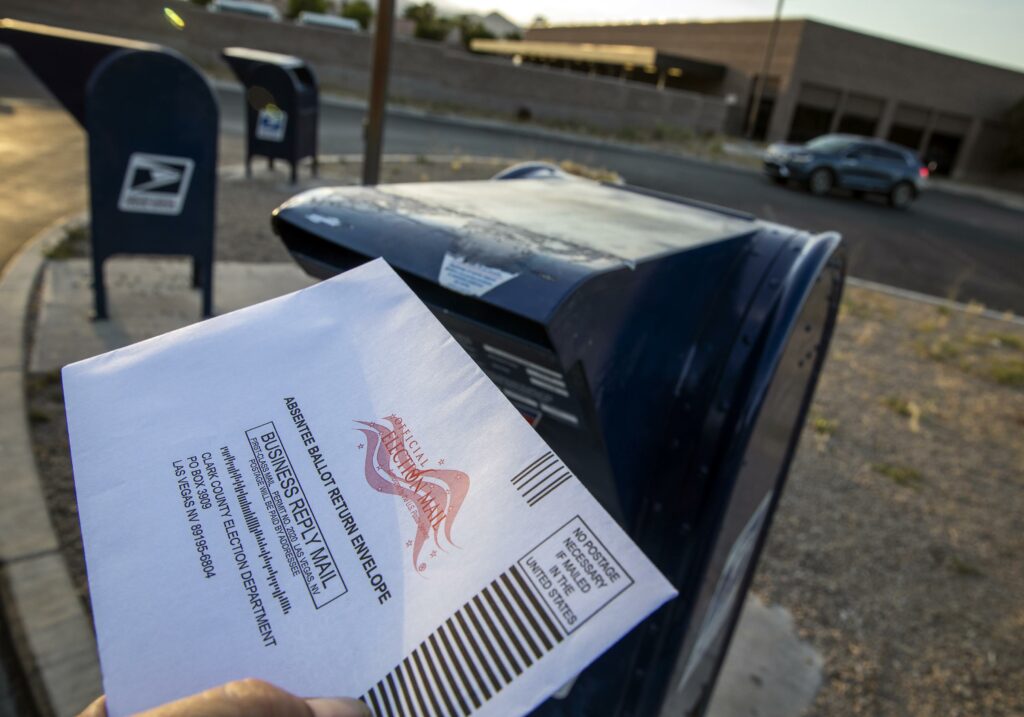 Nevada is joining the massive voting turnout across much of the country with record mail/absentee ballots being cast in just a few days.

The Nevada Secretary of State reported that 90,023 mail ballots had been received as of Thursday morning, surpassing the entire 2018 general election mail/absentee voting total of 87,658.

In Clark County, registered Democrats have tripled the number of ballots cast by registered Republicans, 27,460 to 9,023. Other party ballots received total 10,543.

Heavy early voting turnout and lines lasting several hours have been reported in many states, especially in the South. More than 18 million votes have already been cast, according to media reports.