Joe Biden: Have Cops Shoot the Leg Instead of ‘Shoot to Kill’ 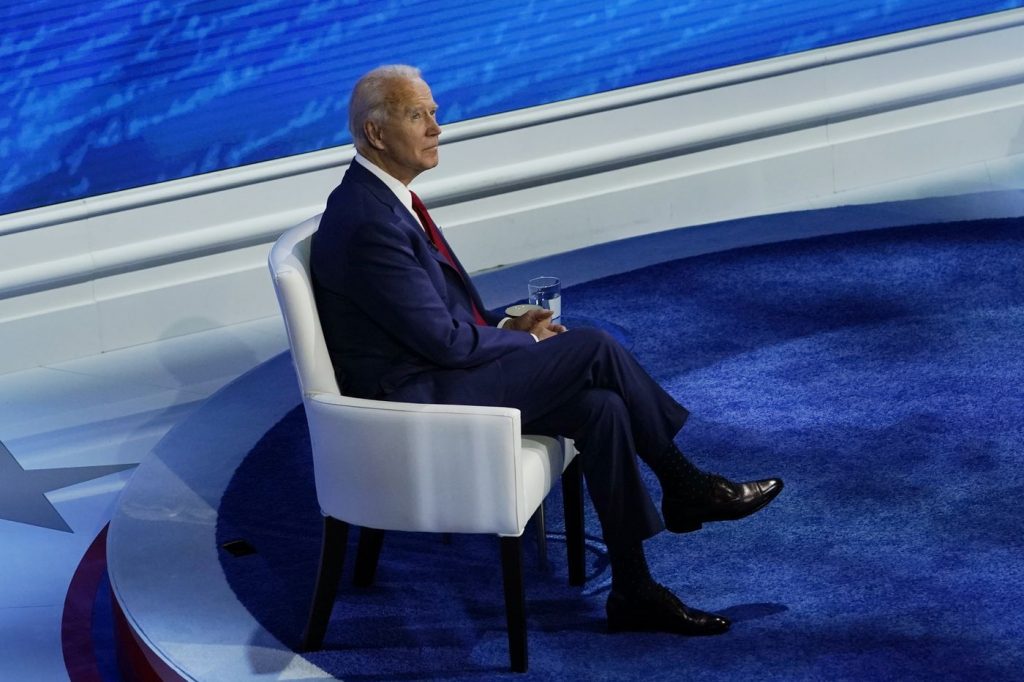 During the Thursday night ABC News town hall, Democrat presidential hopeful Joe Biden reiterated his position that police ought to be trained to shoot perps in the leg instead of learning a “shoot to kill” mentality.

While answering a question about the 1994 Crime Bill, Biden called for “transparency,” banning chokeholds, and “de-escalating.” He explained de-escalation by saying, “So, instead of anybody coming at you and the first thing you do is shoot to kill, you shoot them in the leg.”

He then suggested more background checks for officers in order to find those who are best suited for the job and hiring “psychologists and social workers” to go out with police when they are sent on a call.

On June 1, 2020, Breitbart News reported Biden’s statement that police should shoot suspects “in the leg instead of the heart.”

Biden today on police training: "Instead of standing there and teaching a cop when there's an unarmed person comin' at 'em with a knife or something to shoot 'em in the leg instead of the heart is a very different thing." pic.twitter.com/2xgqvlQtJ2

AWR Hawkins is an award-winning Second Amendment columnist for Breitbart News and the writer/curator of Down Range with AWR Hawkins, a weekly newsletter focused on all things Second Amendment, also for Breitbart News. He is the political analyst for Armed American Radio. Follow him on Twitter: @AWRHawkins. Reach him at awrhawkins@breitbart.com. You can sign up to get Down Range at breitbart.com/downrange.