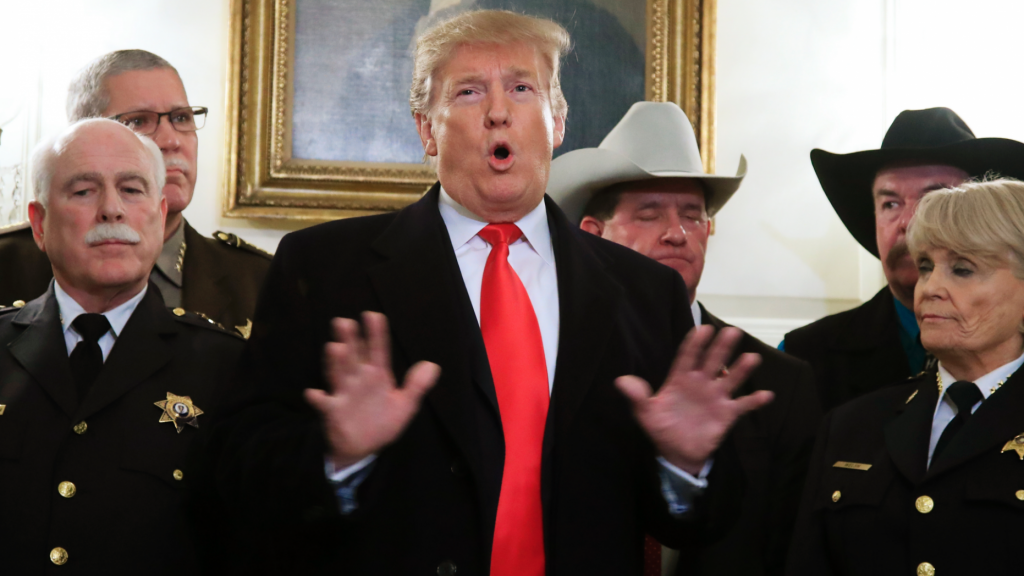 Democratic nominee Joe Biden would not answer when pressed by President Trump during Tuesday night’s presidential debate about whether he has any backing from law enforcement groups.

Both candidates have the backing of various law enforcement groups, but the Trump campaign has leaned into the endorsements much more as the Biden campaign has dealt with a push from the left to defund police departments.

PENNSYLVANIA SHERIFF, LIFELONG DEM, DECIDES TO BACK TRUMP AMID UNREST

“He’s talking about defunding the police. … He has no law enforcement support,” Trump said Tuesday night in Ohio. “Who do you have? Name one group that supports you.”

“That’s not true. … We don’t have time to do anything,” Biden said, sparking a back-and-forth.

“We have time,” Trump insisted.

More than 175 current and former law enforcement officers and officials, including former Obama official Janet Napolitano, endorsed Biden for president earlier in September while slamming Trump as a “lawless” president. Groups including Florida’s largest police union and the Fraternal Order of Police have endorsed Trump.

In June, when “defund the police” became a rallying cry for many of the protesters demanding justice for George Floyd, Biden called for police reform but said he did not support defunding police departments.

Biden has said he wants reforms, including more funding for public schools, summer programs and mental health and substance abuse treatment, including a $300 million investment in the Community Oriented Policing Services (COPS).

President Donald Trump speaks during a meeting with a group of sheriffs from around the country before leaving the White House in Washington, Monday, Feb. 11, 2019, for a trip to El Paso, Texas. (AP Photo/Manuel Balce Ceneta)

Byrne grants through the Justice Department are the “leading source of federal justice funding to state and local jurisdictions,” according to the program’s webpage.

Conservatives have continually called out Biden for saying he supports redirecting funding while dodging being associated with the “defund the police” crowd.