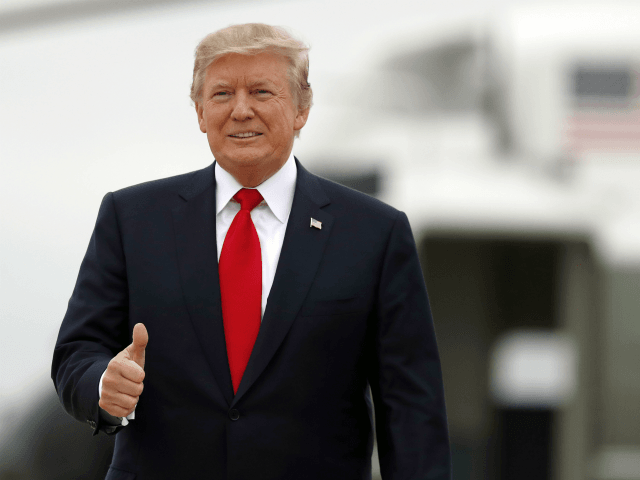 This is his best overall showing in about a year.

While Rasmussen had Trump at 52 percent approval last week, his disapproval rating was up to 48 and 49 percent. This put him above water by only three or four points.

Today’s poll put him above water by six points. A good faith search of the poll’s history shows this is the best disapproval number for Trump yet.

In this same poll, on this same point in his failed presidency, Barack Obama had just a 50 percent approval rating.

The Rasmussen poll is not alone in showing a strong rebound for the president. In the RealClearPolitics poll of polls, Trump sits at 45.1 percent average approval and 53.7 percent disapproval. Two months ago, his approval number had cratered to just 41 percent, while his disapproval number hit 56 percent.

With just 48 days before the election, the national and state polls also appear to be tightening. Red states once considered up-for-grabs, like Georgia and Texas, have returned to the fold, while battleground states that looked out of reach are moving into the margin of error.

Looking at the state and national polls, you would still much rather be Biden than Trump. But a look at the ground game and enthusiasm, not to mention the all-important trends, means you’d much rather be Trump.

The most interesting part of this is that the fake news media’s lies about Trump bad-mouthing dead Marines appear to have done nothing to help Biden or hurt Trump’s momentum. I bet it did plenty, though, to further disgust the American public with the appallingly dishonest national political media we’re saddled with.

After all, the Marine lie was a full-frontal, coordinated assault of lies waged by the Democrat Party, Hollywood, the corporate media, and left-leaning veterans groups — and it still failed. Another positive sign these scumbags have lost their ability to move the needle.

And while the corrupt media are doing their best to ignore and/or downplay Trump’s historical triumphs in the Middle East, thanks to new media, the news is still getting out.

With a little over six weeks and three presidential debates to go, and with Joe Biden looking more enfeebled and unsteady by the day, we have a real presidential race on our hands.