Kamala Harris Praises Marches Across the Country: I Find ‘Great Optimism’ in Them 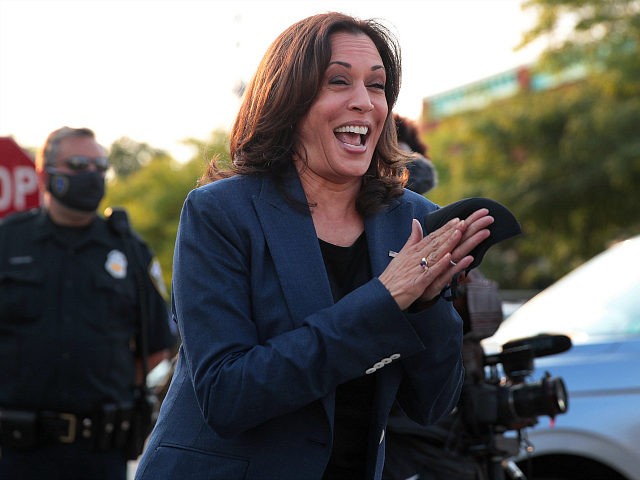 Sen. Kamala Harris (D-CA) told 8 News Now on Monday that she finds “great optimism” in marches that have taken place around the country since the death of George Floyd.

In an interview with the local news TV station while she was campaigning in Nevada, she was asked how she would implement police reform.

I think that it is going to be about, again, speaking to the voices of the people. You know I have to tell you, in these marches that we’ve been seeing around the country for the last many months, people of every race and every age, every background, every gender, marching together arm-in-arm, saying we are better than this and we’re going to fight for the best of who we are as a country, and I find great optimism in that.

So yes, it’s going to be process of going through the legislature and having a president of the United States who has the courage to take on the issue, even when it might be difficult to talk about or hear. But to take it on to make this a better nation and to allow us to be more true to the ideals that we hold so dear, including equal justice under law.

Cities across the nation have become engulfed in protests since the death of Floyd. Democrats claim the protests have been mostly peaceful, but there has been numerous instances of looting, destruction, violence against police and federal law enforcement officers, and even some deaths.

Protesters have also gone into residential areas at night and harassed diners seated outside on patios, demanding that they show support for their cause.

Harris and running mate former Vice President Joe Biden have belatedly come out against violence at the protests, but Harris has not disavowed her June 1 tweet asking supporters to donate to the Minnesota Freedom fund to assist protesters who needed cash for bail.