Better than it smells: 5 Health benefits you can get from the durian fruit 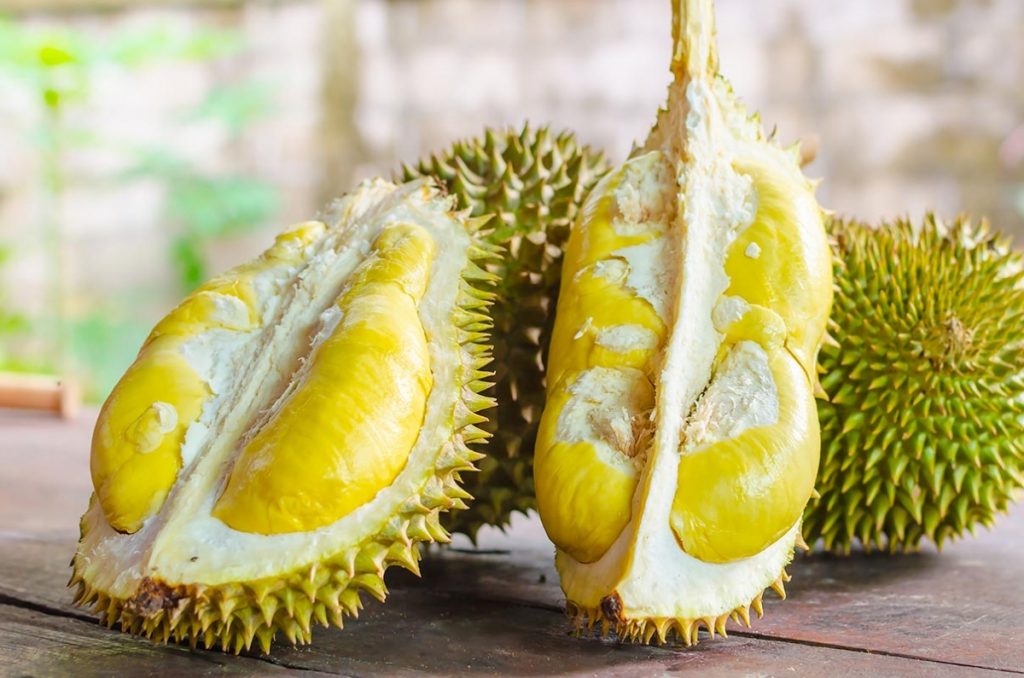 (Natural News) When it comes to tropical fruits, the durian stands out, because of two reasons: its appearance and its smell.

Visually, the durian (Durio zibethinus), endemic to Southeast Asia, looks like a large, thorn-covered football, with the fruit often reaching 1 foot in length.

The fruit’s most noticeable characteristic, however, is its smell, which some have described as being similar to raw sewage, sulfur, rotting onions and sour milk.

Despite its unappealing exterior and pungent smell, the durian packs quite an impressive nutritional punch, with the fruit discovered to be filled not only with essential vitamins and minerals, but also substantial amounts of protein, fats, carbohydrates and phytochemicals.

As noted by nutrition experts, just one cup or roughly 243 g of fresh durian pulp easily provides the following:

The fruit is also rich in healthy phytochemicals such as anthocyanins, carotenoids, polyphenols and flavonoids, all of which function as potent antioxidants.

Because of its nutrient-dense nature – as well as the health benefits associated with it – many have taken to calling the durian as the “King of Fruits.” (Related: The odd durian “superfruit” requires bats for pollination.)

Here are some of the durian’s potential health benefits:

A good source of dietary fiber, the durian adds bulk to the stool, thus allowing it to pass through the body more easily. In addition, the durian acts as a probiotic, which means it can help support the gut microbiome.

Research has shown that several nutrients and plant compounds in the durian – specifically antioxidants vitamin E and beta-carotene – may promote heart health.

Vitamin E, for instance, has been linked by the Office of Dietary Supplements at the National Institute of Health to lower rates of heart disease. According to the ODS, it does this by inhibiting the oxidation of low-density lipoprotein (LDL) cholesterol, as well as by preventing the formation of blood clots that could lead to a heart attack.

In addition, the fruit also contains high amounts of dietary fiber and potassium, both of which have been linked to optimal cardiovascular health.

The durian, as shown by several studies, contains several potent antioxidant compounds such as anthocyanins, carotenoids, polyphenols and flavonoids, all of which are known to help stop cell damage arising from oxidative stress.

According to a battery of studies, antioxidants, similar to the ones present in durian flesh, have been found to exhibit the potential to slow – and even possibly prevent – the development of cancer cells in the body, making them an important weapon in the fight against certain forms of the disease.

Those looking to improve their mood and the overall quality of their sleep may find eating durian to be of help.

This is because durians contain tryptophan, an amino acid that gets converted to serotonin and melatonin upon digestion.

This means that these two hormones can help one achieve restful sleep, which can then result in a significantly improved mood upon waking up.

Despite the relative potency of the compounds and nutrients present in the durian, one must not make the mistake of overindulging in the King of Fruits, especially since it contains significantly high amounts of fat and sugar.

This means that this Southeast Asian superfood should only be eaten as an occasional healthful treat and not as an everyday snack.