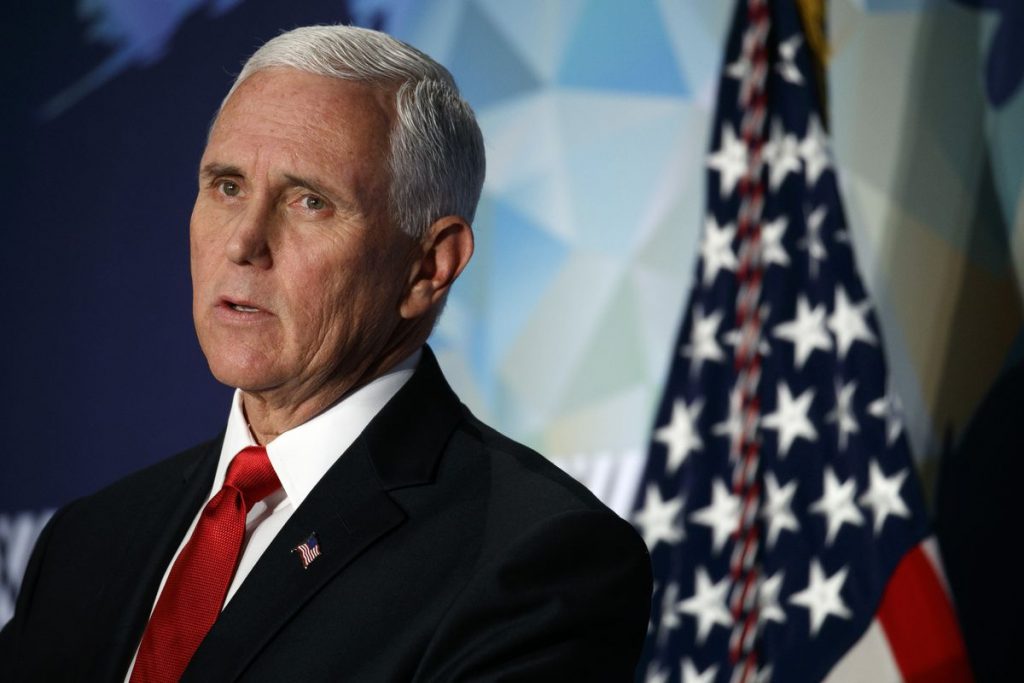 Pence said the selection was indicative of the direction of the Democratic Party, which he said was a shift to the radical left.

“The stakes in this election have never been higher,” he explained. “But following Joe Biden’s decision to name a California liberal like Kamala Harris to the ticket, the choice has never been clearer. Look, four years ago, when President Trump called and asked me to join this ticket, I said yes in a heartbeat because I believed in his vision, to rebuild our military, to revive our economy by cutting taxes, rolling back regulation, fighting for free, fair trade, unleashing American energy, standing up for life and liberty, and appointing conservatives to our courts, and standing with law enforcement at every level.”

“And Joe Biden’s decision to add Kamala Harris to the ticket confirms everything President Trump and I have been saying,” Pence continued. “And that is that Joe Biden and the Democratic Party have been overtaken by the radical left. Kamala Harris, like Joe Biden, supports higher taxes, socialized medicine, open borders, abortion on demand. And where Joe Biden said he would be willing to cut funding to police, she said recently that she thought that we should reimagine the police in this country. And I just have to tell you, I — you know, I like the matchup. You know, it’s on, Sean. I can’t wait to get back out there. I will be in Iowa tomorrow, telling the story of what this president has done, how we made this country stronger, more prosperous in our first three years, how President Trump has seen us through the worst pandemic in 100 years, and how we have already created more jobs in the last three months than Joe Biden and Barack Obama created in their eight years in office.”

“I’m excited to tell the story,” he added. “I think Kamala Harris being added to the ticket just confirms what President Trump and I have been saying all along.”