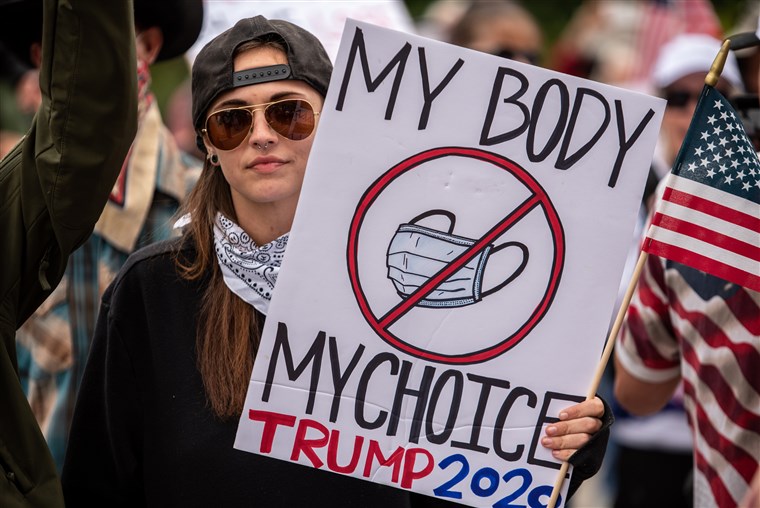 The Democratic Wisconsin state government is forcing employees to wear masks at home, even if they’re alone, according to a Kansas City Star report.

“Some Wisconsin state officials aren’t fooling around when it comes to the spread of COVID-19,” the report notes, adding that “in an email to employees sent out on July 31, the head of Wisconsin’s Department of Natural Resources not only reminded employees of Gov. Tony Evers’ mask order going into effect on Aug. 1, he also said that every DNR employee must wear a mask even while on a teleconference.”

“Also, wear your mask, even if you are home, to participate in a virtual meeting that involves being seen — such as on Zoom or another video-conferencing platform — by non-DNR staff,” the email also decreed.

“Set the safety example which shows you as a DNR public service employee care about the safety and health of others,” the Democratic email ordered.

DNR spokeswoman Megan Sheridan admitted that the order is all about indoctrinating the general public into accepting the wearing of masks.

“By wearing a mask while video conferencing with the general public, we visually remind folks that masking is an important part of navigating the business of natural resources during this tumultuous time,” Sheridan said.Sheridan added that Democrats don’t want any screenshots of department officials or staff without masks to be “misinterpreted to suggest that state employees are not properly following the Governor’s directive.”

The directive issued by Democratic Governor Tony Evers, which became effective August 1st, declared a “Public Health Emergency and issued an Emergency Order requiring individuals to wear face coverings when indoors and not in a private residence, with some exceptions as clarified and defined in the order.”

Republicans in the state have said they are “standing ready” to strike down the order, but have not indicated when.

Meanwhile, some Wisconsin sheriffs have admitted they will not enforce Evers’ mandate.

A statement from the Adams County Sheriff’s Office declared that they “do not have resources to investigate this type of complaint. There are numerous legitimate exemptions to the requirement of wearing a face covering.”

Brown County also announced that it “will not be responding to complaints of individuals violating the Governor’s mandate, nor will it be taking any direct law enforcement action as it relates to the Governor’s face covering mandate.”