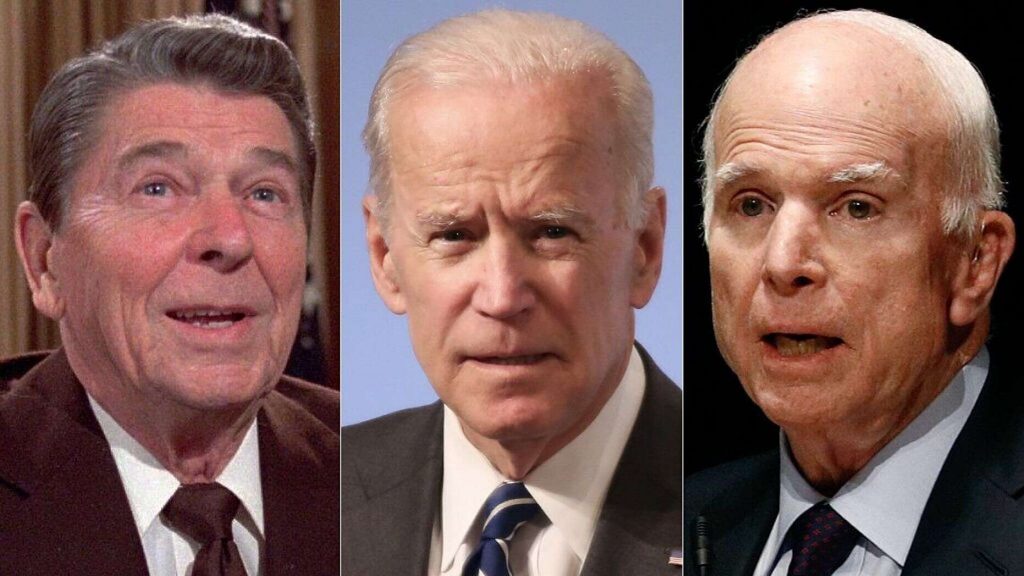 The mainstream media has largely avoided coverage of Joe Biden’s health and fitness for office, but previous Republican presidential candidates such as Ronald Reagan, John McCain and Donald Trump didn’t receive a pass from the liberal press on the sensitive-but-crucial topic.

“It’s all fair game,” Fox News contributor Dan Bongino said. “Asking the potential president of the United States to demonstrate to voters that he has the cognitive capacity to do one of the most stressful jobs in the world, isn’t an outrageous ask.”

Joe Biden has managed to avoid much of the scrutiny about health and fitness for office that previous candidates such as Ronald Reagan and John McCain faced.

However, the mainstream media has essentially treated Biden’s health and fitness for office as off-limits.

A series of high-profile gaffes and confusing statements by the presumptive Democratic nominee has resulted in some pundits questioning Biden’s ability to run the country. In March, the far-left Young Turks said “everyone” was questioning Biden’s fitness for office and the topic has recently picked up steam in conservative circles.

“At no time in recent memory has a presidential nominee’s physical and mental health been more important than with Joe Biden,” Cornell Law School professor and media critic William A. Jacobson told Fox News.

“He often appears disoriented, and there is no pretense that he has the physical vigor to run for a second term should he be elected,” Jacobson said. “In a normal election, with the candidate on the campaign trail, the public could judge for itself but that is not possible because Biden is running a basement campaign. More than ever, the press needs to do its job and not act as protector of the Democrat nominee.”

“More than ever, the press needs to do its job and not act as protector of the Democrat nominee.”

But CNN and other liberal media outlets have oddly downplayed or ignored the topic and they’re not asking these kinds of questions about Biden, who has struggled through a series of interviews and public appearances in recent weeks.

“The public is entitled to know if this is an election of Joe Biden for president, or Kamala Harris as president-in-waiting to assume office during the first Biden term,” Jacobson said. 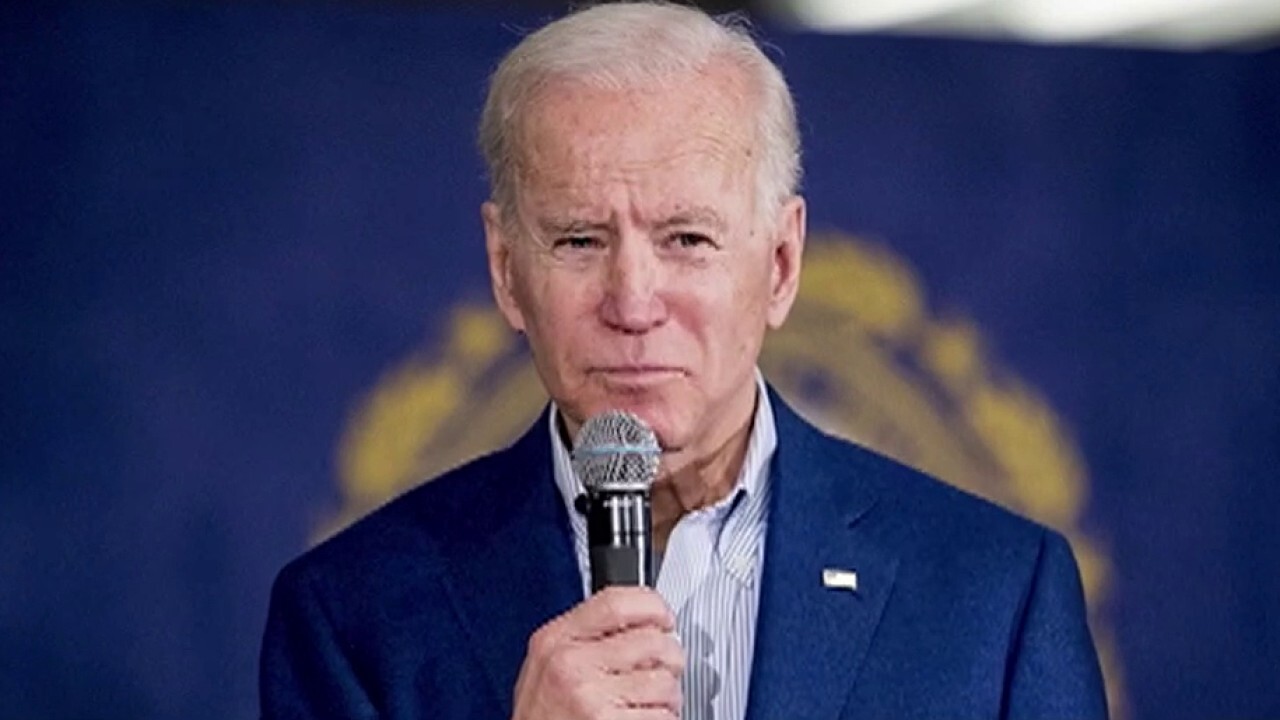 Not everyone agrees with Jacobson’s thoughts on the presumptive Democrat nominee.

“Please tell me why I should care whether Joe Biden is declining mentally when Donald Trump bottomed out morally long ago. I’m serious. I’d rather drink milk past its expiration date than arsenic,” New York Times opinion columnist Frank Bruni wrote earlier this year in a column headlined, “I’ll Take Biden’s Confusion Over Trump’s Corruption.”

Back in 1984, the media openly questioned Ronald Reagan’s mental fitness after he struggled during a debate against Walter Mondale. The New York Times published an opinion piece headlined, “Washington: The Age Issue,” which outlined concerns that Reagan “didn’t seem to be mentally alert” on the debate stage.

“This is being attributed by some to his advancing years,” famed journalist James Reston wrote in 1984, noting that the poor debate performance exposed his “mind.”

“This is what has been covered up in the last four years by his amiable personality, and his superb reading of speeches from invisible mirrors, written and contrived by the best public-relations team ever to enter the White House,” Reston wrote of the then-73-year-old Reagan.

“This is why they keep him out of press conferences as much as possible,” the Times continued. “Age may have been a factor in his faltering performance.”

Reagan famously used the negative coverage to his advantage and won over voters during the next debate by joking, “I will not make age an issue of this campaign. I am not going to exploit, for political purposes, my opponent’s youth and inexperience.”

The 77-year-old Biden is older than Reagan was, but has not received the same scrutiny from the mainstream media.

“If Biden is elected, he’ll be older on the day he takes office than Reagan was on the day he left office. So yes, his mental fitness is a legitimate issue,” Marc Thiessen wrote in the Washington Post earlier this year before listing examples such as mistaking Super Tuesday for “Super Thursday,” forgetting which office he was running for, promising to ban the “AR-14” and declaring 150 million people have been killed by gun violence since 2007.

“He repeatedly gets confused about what state he is in,” Thiessen added in the column that was published before the coronavirus pandemic largely limited Biden to doing interviews from his basement.

“Any one of these gaffes in isolation would be nothing more than that. But taken together they form a pattern — and raise questions about whether Biden has experienced a cognitive decline,” Thiessen wrote.

BIDEN’S ‘DIVERSITY,’ ARE YOU A JUNKIE?’ GAFFES IGNORED BY SUNDAY MORNING NEWS SHOWS

Five months after Thiessen’s column, Biden’s gaffes have not slowed down but the mainstream media has largely refrained from questioning his health and fitness for office.

In contrast, the mainstream media harped on McCain’s health and fitness for office when he ran against Barack Obama — who was 24 years younger — in 2008. In fact, McCain’s age and health were emphasized so much that his running mate Sarah Palin came under fire from attack ads who painted her as being “one heartbeat away” from the presidency.

At the time, McCain was five years younger than Biden is now.

“They know there’s a Biden ‘age issue’ here for voters, but since Trump is just four years younger — and not 24 years — they want to dismiss it as Trump trolling,” Graham said. “Biden has grown cranky about the issue, comparing it to testing junkies.”

Graham pointed out that the mainstream media was prepared to play the opposite age issue in 2015, pointing to MSNBC’s “Morning Joe” co-host Mika Brzezinski suggesting that Marco Rubio looked like a “little boy” next to 67-year-old Hillary Clinton.

CNN AVOIDS ON-AIR COVERAGE OF BIDEN’S ‘ARE YOU A JUNKIE?’ REMARK ABOUT TAKING A COGNITIVE TEST

CNN mentioned Biden’s health and fitness for office on Sunday, but only to criticize conservatives for speculating about it. The network’s in-house media critic Brian Stelter baffled media watchdogs by criticizing talk of Biden’s fitness for office, considering his own network has spent years doing the same thing to President Trump.

Stelter even called recent criticism of Biden’s mental health “mind-boggling,” “offensive” and labeled it “negative partisanship,” characterized by despising the opposing party more than supporting their own party.

“I personally don’t think Biden’s mental fitness is the gravest issue, but for the CNN crowd to object to this issue when they have questioned Trump’s mental fitness for office routinely is the height of ridiculousness,” Graham said.

At 243 pounds and 6 feet, 3 inches tall with a Body Mass Index rating of 30.4, the president passed the official threshold for being considered obese – but Scarborough didn’t buy it.

Reagan, McCain and Trump all had their health and fitness for office scrutinized, but 2016 Democratic nominee Clinton was — much like Biden — largely given a pass until she appeared to stagger and faint when exiting a ceremony at the Sept. 11 memorial in New York.

“After dismissing Hillary health talk in 2016, she collapsed on 9/11 and they had to acknowledge it wasn’t all kooky,” Graham said, noting that the mainstream media often wrote off speculation about Clinton’s health as conspiracy theories.

DePauw University professor and media critic Jeffrey McCall told Fox News that voters are already doing their own eyeball examinations of the health and fitness of both Biden and Trump – and feels it’s essential for the media to do the same. 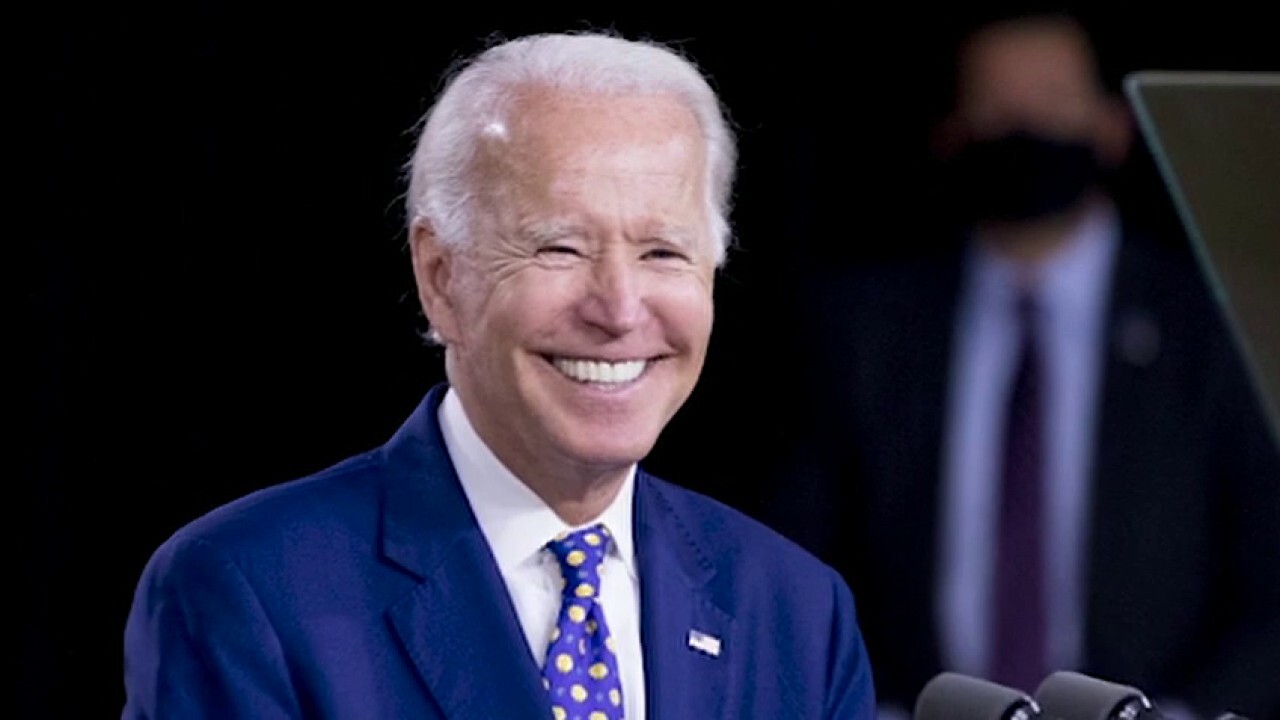 “After all, they are both septuagenarians,” McCall said. “Given the demands of the presidency, both physically and mentally, it is not only appropriate but essential for the media, acting as surrogates of the public, to assess the general health of presidential candidates.”

McCall realized there are obvious privacy concerns that limit exact details of physical health from becoming public knowledge but voters need to know if a candidate can do the job.

“A president is elected to serve four years and the public needs to know if the candidate can play the long game.”

“A president is elected to serve four years and the public needs to know if the candidate can play the long game,” McCall said.  “The Biden camp appears to be aware of potential public concerns about Biden’s fitness. The concocted snippet of Biden riding a bike last weekend was forced and out of context, but it did at least give the public a sense that he could ride a bike for a short time.”

University of North Carolina professor and journalism ethics guru Lois A. Boynton feels that “solely fact-based” journalism is required, especially when the subject is the health of a presidential candidate.

“Media outlets could do a better job of making those distinctions themselves. It could help in having an informed citizenry, and it probably would help improve the perceptions that citizens have about the trustworthiness of news media and politicians,” Boynton told Fox News.

“What’s the purpose of the story and what’s the platform? There have been discussions by some media outlets — conservative and liberal — about the ages of presidential candidates… with that comes questions of physical stamina and mental acuity, particularly for such a stressful position as U.S. president,” Boynton said. “What facts do we need to know as part of our voting decision?”

She said voters should know “expert information on the types of medical tests” given to the candidates, who administers them and how to properly interpret the results.