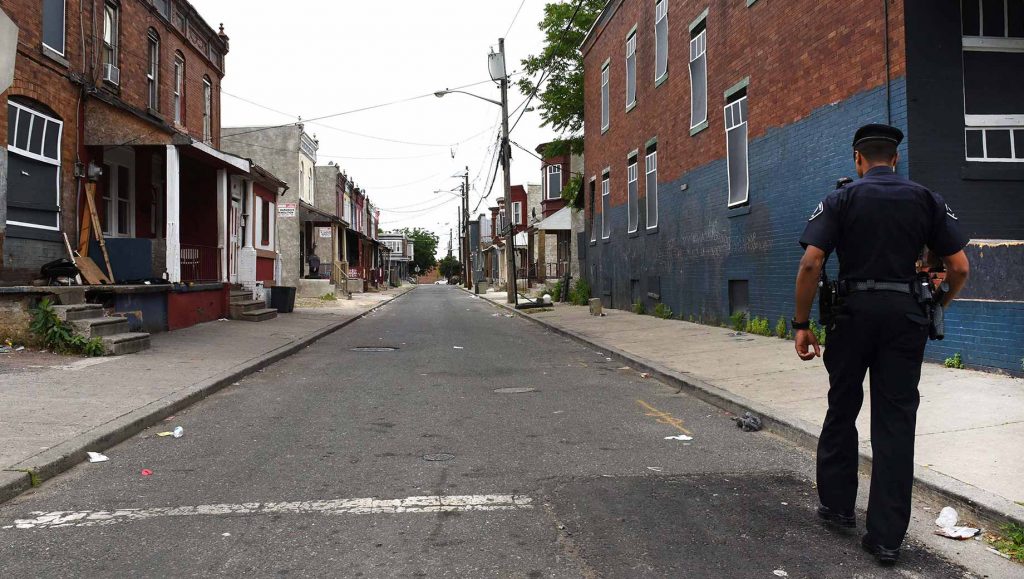 A Gallup poll published on Wednesday shows black Americans overwhelmingly support police spending the same amount or even more time in their neighborhoods.

The data suggests that over 80% of black Americans support the current or an increased police presence.

However, mainstream media and the Democratic Party are using groups like Black Lives Matter to push the narrative that Americans want to “defund the police.”

Despite this poll showing under 15% of U.S. adults support having less police on the streets, major cities like Seattle, Austin, Portland and Los Angeles are actively working on defunding their police departments.

When asked whether they want the police to spend more time, the same amount of time or less time than they currently do in their area, most Black Americans — 61% — want the police presence to remain the same. This is similar to the 67% of all U.S. adults preferring the status quo, including 71% of White Americans.

Meanwhile, nearly equal proportions of Black Americans say they would like the police to spend more time in their area (20%) as say they’d like them to spend less time there (19%).

These findings are from a June 23-July 6 Gallup Panel survey, administered by web in English and conducted as part of the newly launched Gallup Center on Black Voices. The study includes large samples of Black, Hispanic and Asian Americans, weighted to their correct proportions of the population.

Of these four racial/ethnic groups, Asian Americans are the most likely to want less police presence where they live, with 28% saying this. That contrasts with 12% of White Americans, 17% of Hispanic Americans and 19% of Black Americans.

Little Difference by Race in Local Exposure to Police

Most other Black Americans (41%) say they sometimes see police in their area, matching the national average, while another 27% say they rarely or never see them.

The slightly elevated frequency with which Black Americans see police in their neighborhood has limited impact on their preferences for changing the local police presence. About a third of Black Americans who say they often see the police in their neighborhood think the police should spend less time there (34%); however, the majority of adults in this group think they should spend the same amount of time (56%) or more time (10%).

Although Black Americans seem about as comfortable as Americans overall with the amount of police presence where they live, they differ markedly in their perceptions of how their local police might treat them if they were to interact.

Fewer than one in five Black Americans feel very confident that the police in their area would treat them with courtesy and respect. While similar to the 24% of Asian Americans saying the same, it is markedly lower than the 40% of Hispanic Americans and the 56% of White Americans who feel this way. This could either stem from Black Americans’ own negative experiences with the police or from their familiarity with people who have had negative encounters with law enforcement.

When factoring in those who are at least somewhat confident that the police would treat them well, a majority of Black Americans (61%) are generally confident, but this is still below the 85% seen nationally, including 91% of White Americans.

Black Americans’ preference for the amount of time police spend in their area is modestly related to their expectation about receiving fair treatment. However, 59% of the relatively small group of Black Americans who are “not at all confident” that the police would treat them with courtesy and respect want the police to spend less time in their neighborhood.

The majority of all other Black Americans, including those who are “not too confident” about receiving considerate police treatment, want the police to spend the same amount of time, with additional percentages favoring more time.

Notably, simply having an interaction with the police in the past year has no bearing on Black Americans’ preference for local police presence in their area:

What does matter is the quality of the interaction:

It’s not so much the volume of interactions Black Americans have with the police that troubles them or differentiates them from other racial groups, but rather the quality of those interactions.

Most Black Americans want the police to spend at least as much time in their area as they currently do, indicating that they value the need for the service that police provide. However, that exposure comes with more trepidation for Black than White or Hispanic Americans about what they might experience in a police encounter. And those harboring the least confidence that they will be treated well, or who have had negative encounters in the past, are much more likely to want the police presence curtailed.

These results correspond with Gallup’s previously reported findings showing that only 22% of Black Americans favor abolishing police departments. However, the vast majority believe reform is needed, with upward of 90% favoring specific reforms aimed at improving police relations with the communities they serve and preventing or punishing abusive police behavior.

In these findings, policymakers may find a path forward that helps the police both protect communities and establish relations that make all citizens feel good about their presence.