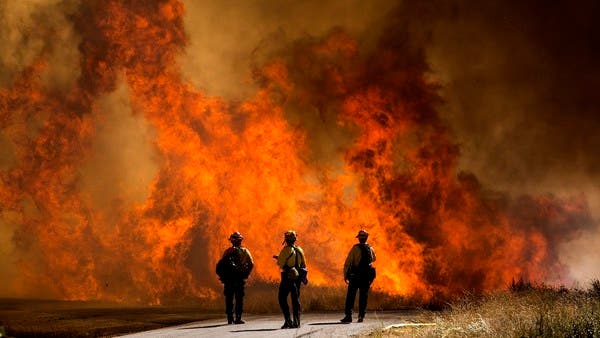 (Reuters) – Nearly 8,000 residents of Riverside County in Southern California were forced to evacuate their homes on Saturday as a wildfire spread uncontained across more than 4,000 acres, the County fire department said.

The fire, dubbed the Apple Fire by local firefighters – who routinely give blazes identifying names – was reported Friday in Cherry Valley, a community about 75 miles east of Los Angeles and had destroyed at least one family home as of Saturday evening.

Photographs shared by the Riverside County fire department on Twitter on Saturday showed thick plumes of smoke filling the sky over the mountainous region.

Residents of 2,586 homes, totaling around 7,800 people, had been told to evacuate, the department said.

The fire had grown from 700 acres on Friday evening to 4,125 acres by Saturday evening and was 0% contained, according to the County fire department and the California Department of Forestry and Fire Protection (Cal Fire).