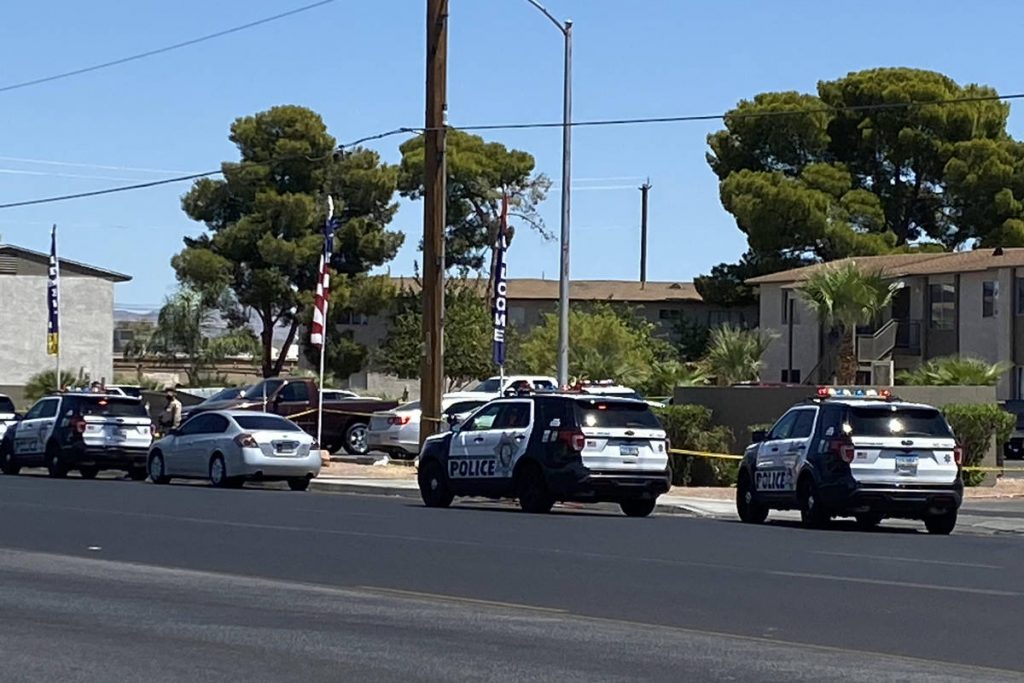 Las Vegas police are investigating a shooting that left one dead and one hospitalized after a road rage incident in the northeast valley.

Police were called at around 11 a.m. Friday after residents living on the 2900 block of North Pecos Road heard gunshots fired. When officers arrived they found two men suffering from gunshot wounds in the leasing office of the Sun Garden Apartments, according to Metropolitan Police Department homicide Sgt. Jon Scott.

Scott said one man died at the scene from apparent gunshot wounds while the other was taken to University Medical Center with gunshot wounds to the lower extremities. He is expected to survive.

Police said that everyone involved is in custody but that no arrests have been made because they “don’t know who is a victim versus a suspect,” Scott said.

Scott said investigators believe the shooting began after a road rage incident starting at Las Vegas Boulevard and Pecos. Three men then got out of their cars and began a verbal argument that “progressed into one being chased by two to the office.”